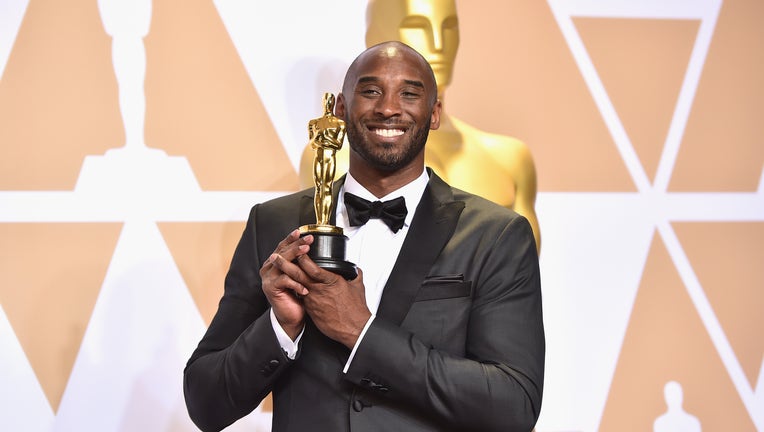 LOS ANGELES - Hollywood will honor Kobe Bryant during the Academy Awards, which take place two weeks after his sudden and tragic death.

The Los Angeles Lakers legend was killed in a helicopter crash Jan. 26, along with eight others, including his 13-year-old daughter Gianna, on what was a foggy morning in Los Angeles. The helicopter crashed into the foothills of the Santa Monica Mountains in a Calabasas mountain bike park hours before the Grammy Awards. There were no survivors.

The Grammy Awards were held in Staples Center, known as “The House that Kobe Built,” as he played for the Lakers his entire 20-year NBA career.

Host Alicia Keys opened the Grammys with a moment of silence before Boyz II Men joined her on stage to sing “It’s So Hard to Say Goodbye to Yesterday.”

Two weeks later, Bryant is set to be honored in the In Memoriam segment at the Oscars, according to FOX News.

Following his NBA career, Bryant launched his second career as a storyteller and creator.

Bryant collaborated with Wesley King to bring “The Wizenard Series: Training Camp” to life. The book was released in March 2019 and is a New York Times best seller.

For the book, he was inspired by his love for the game of basketball and the Harry Potter series.

He also created "The Punies" podcast.

In his final sit-down interview with FOX 11's Liz Habib, Bryant said he created the podcast to connect to his daughters and to teach the youth valuable lessons.

"Putting them in activities where I can teach them through sport is really important. Sport is the greatest metaphor that we have to life. So, if we can teach them valuable lessons through sport, then we wind up raising outstanding citizens," he said.

In that same interview, Bryant lit up talking about his daughters and revealed how Gianna handled pressure at the free-throw line.

RELATED: Kobe Bryant talks about his daughter Gianna handling the pressure at the free-throw line 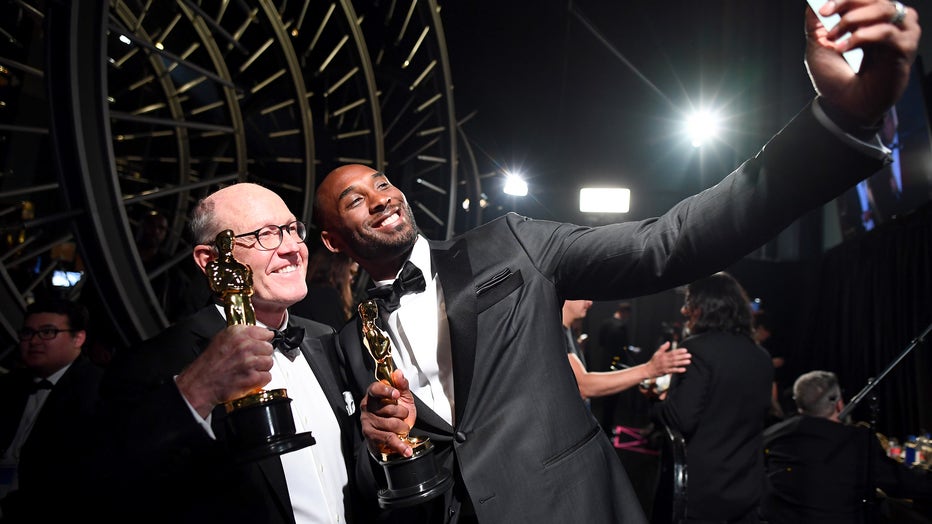 HOLLYWOOD, CA - MARCH 04: In this handout provided by A.M.P.A.S., Glen Keane and Kobe Bryant attend the 90th Annual Academy Awards at the Dolby Theatre on March 4, 2018 in Hollywood, California. (Photo by Matt Petit/A.M.P.A.S via Getty Images)

Bryant and director Glen Keane took him the Academy Award for Best Animated Short Film for “Dear Basketball," in 2018. The award was presented by Mark Hamil, Oscar Isaac and Kelly Marie Tran. 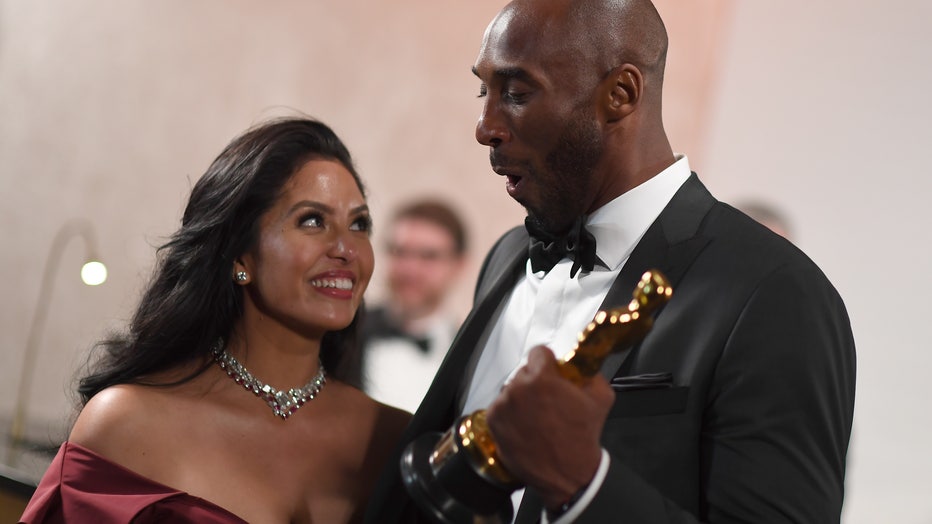 The award-winning animated short was seemingly just the beginning of Bryant’s filmmaking career.

Olivia Munn revealed in an Instagram post that she was in the midst of working on a new project with Bryant at Granity Studios, a multimedia company he founded.

"Kobe. You were such a wonderful friend. Always positive and thoughtful and supportive and reliable and so, so bright. One of the brightest souls I've ever seen and I am absolutely devastated by this," Munn wrote. "We were supposed to get together this week to brainstorm more parts of the epic world you were creating at Granity Studios. You were creating a whole big world from scratch- everything from the continents to the oceans and rivers to the trees and even the leaves on the trees."

Munn went on to hint at what the project entailed. "We wanted to help kids be less afraid of death and tell stories of all the little and big stars.... And now you're one of them."

A statement on the Granity Studios website reads in part:

“Granity is a word Kobe created that is a combination of greater than infinity. How very Kobe. In everything he built, Kobe was driven to teach the next generation how to reach their full potential. He believed in the beauty of the process, in the strength that comes from inner magic, and in achieving the impossible.We honor and will continue Kobe’s mission and commitment to using creative education to inspire people to be the best versions of themselves."

The 92nd Academy Awards will take place on Feb. 9 from Dolby Theatre in Hollywood at 5 p.m. PST.