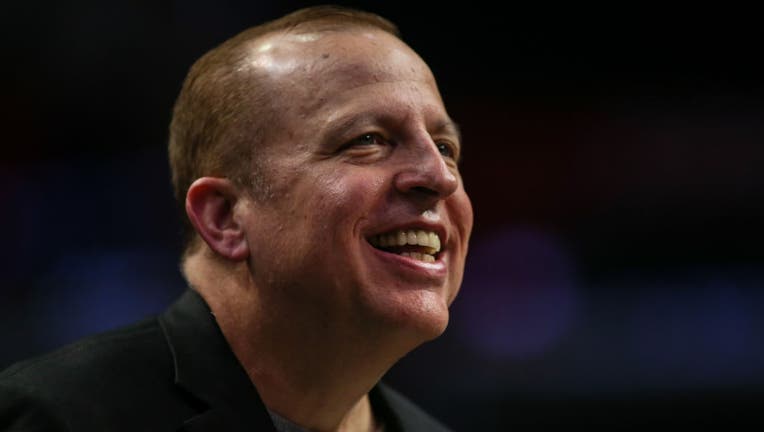 NEW YORK (AP) - Tom Thibodeau is back in New York as the Knicks' new coach.

The former NBA Coach of the Year was hired Thursday, returning to the team he helped lead to the NBA Finals as an assistant.

“I know what New York is like when the Knicks are successful and there is nothing comparable," Thibodeau said in a statement. "I look forward to being a part of what we are building here and can’t wait to get to work.”

Thibodeau, 62, is 352-246 in eight seasons coaching Chicago and Minnesota. He was the Coach of the Year in 2011 in his first season with the Bulls, whom he led to 50 wins in three of his five seasons.

The Knicks have had almost no success since Van Gundy resigned early in the 2001-02 season. New York has won just one playoff series since and just completed its seventh straight losing season.

The Knicks fired David Fizdale 22 games into the season and finished under interim coach Mike Miller, going 21-45. New President Leon Rose then conducted a long search before tabbing Thibodeau to be the 13th different person to coach the Knicks since Van Gundy.

“Tom Thibodeau is a proven winner who gets the most out of the players and teams that he has coached,” Rose said.

Thibodeau will try to bring back the defensive intensity that the Knicks were known for in the 1990s. His teams twice led the league in fewest points per game allowed in his eight seasons as head coach and ranked in the top 10 three other times.

But his last season was his rockiest. He was fired by the Timberwolves midway through the 2018-19 season that began when star Jimmy Butler sought to be traded.