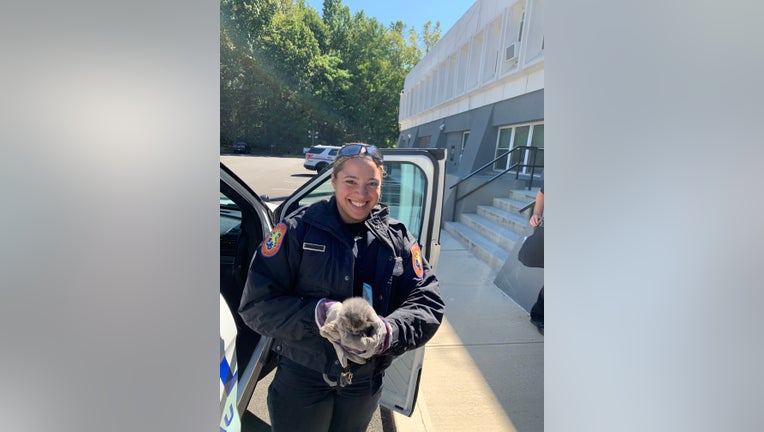 LONG ISLAND - Nassau County Police officers rescued an adorable kitten that had been trapped for two days in a basement window well in Russel Gardens on Saturday afternoon.

Police were called to a house on Wensley Drive home at around 1:30 p.m. Saturday.

When they arrived at the house, officers were told that the window well was located at the rear of the house, behind a large number of thick bushes. 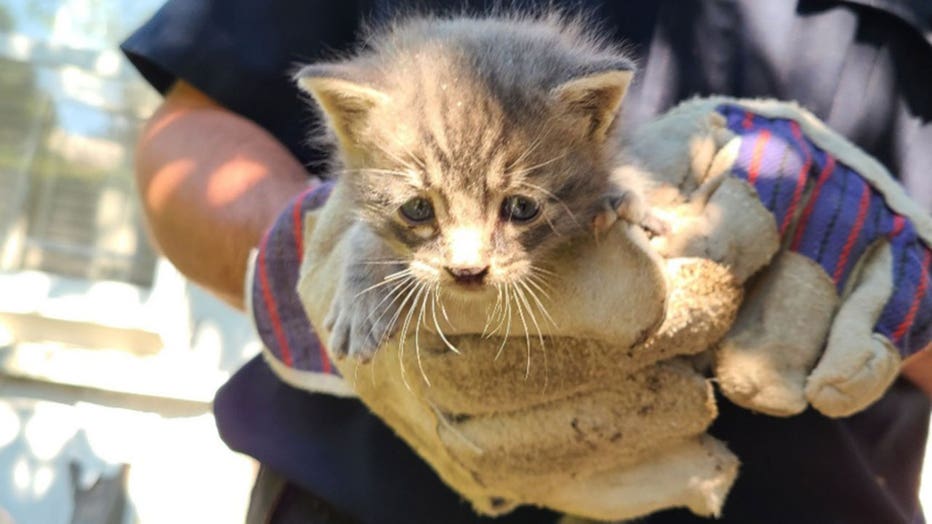 Officers slowly climbed their way through the bushes and found the grey feline trapped in the bottom of the window well, and managed to bring it to safety.

The kitten appeared to be roughly four weeks old and was unharmed by the ordeal.

A family member of one of the rescuing officers has adopted the stray kitten and was bring it to a veterinarian for evaluation.