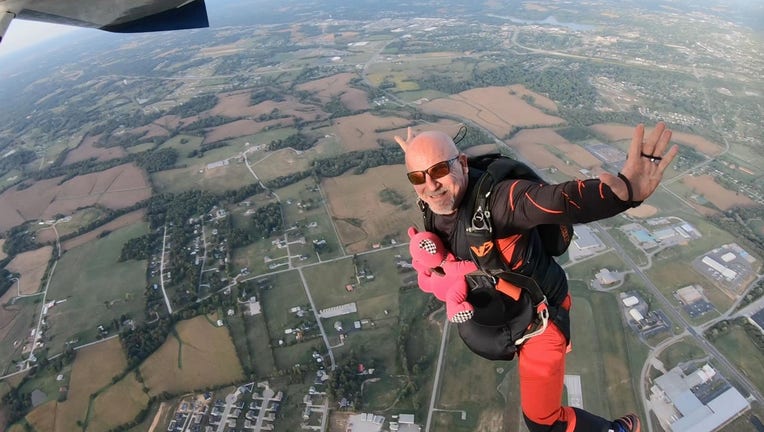 ELIZABETHTOWN, Ky. - Michael Bratcher knows no limit— not when it comes to age or how many times a person can consecutively skydive in 24 hours.

The 59-year-old Air Force veteran from Elizabethtown, Kentucky, recently skydived 100 times in one day on September 26 at Skydive Kentucky.

The first jump took place at 6:35 a.m. local time, and he ended his run at 9:05 p.m. local time. He took off and jumped out of a single Cessna 182 about every seven minutes. There was a bit of a lull about halfway through his event due to the weather.

RELATED: 103-year-old woman becomes oldest to parachute out of a plane

Bratcher said he initially planned to jump 60 times for his 60th birthday, which is in December. He googled skydiving records in Kentucky and formulated a plan. 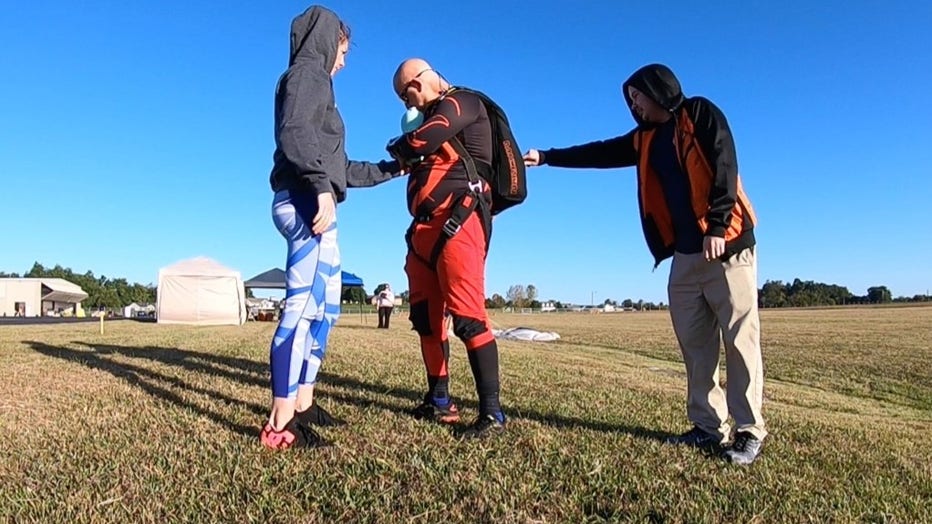 "I wanted to celebrate in a not so typical fashion of someone turning 60," he told FOX Television Stations

He then set up a GoFundMe page to raise money for the cost, using any excess donations for different charitable organizations including Radcliffe DAV, an advocacy group for disabled veterans. His wife also suggested that for every jump, he would give a teddy bear away to a sponsor with the money going to the local "Shop With A Cop" program.

"Age is a number," Bratcher said.

After a couple of preparation meetings with experts, Bratcher gave it a go. His team involved five pilots plus several other crew members and friends to make the event a success, he said.

"Everyone was just amazing," he continued. "All were worn out but pushed through fatigue and made it an overall success, and we reached that 100 together as a team."

"I have some fantastic dedicated friends – they were the backbone to make this happen," he continued.

Bratcher said he first skydived at Fort Campbell Sport Parachute Club in 1988 and that sparked an interest. 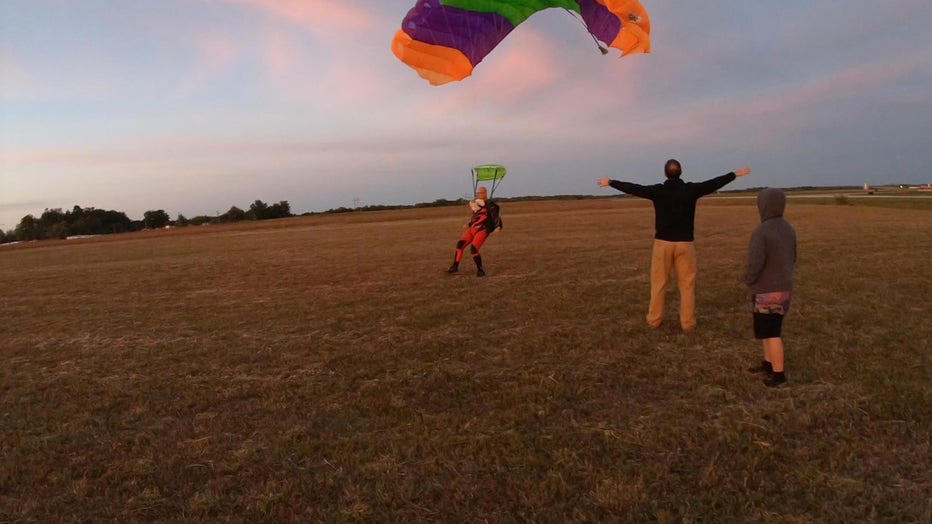 He’s hoping that he also broke a state record. He has filed paperwork with the United States Parachute Association and is awaiting certification. According to the association, Troy Woods— a friend of Bratcher’s— currently holds the state record after skydiving 80 times in one day in 2012.

Bratcher wants to encourage people not to let their age keep them from their goals.

"Age is a number," he said. "Through proper planning and preparation – you can accomplish what most would consider impossible. Find the threshold of your comfort zone and take one more step…you’ll find it exhilarating."

As for his next goal, Bratcher said he might turn to water instead of the air.

‘Well, I have avoided scuba diving due to fear of things in the ocean that put me on the bottom of the food chain…so I might have to try that," he said.