A kayaker attempting a journey from California to Hawaii was by the Coast Guard on June 6, 2021, about 70 miles off of the U.S. coast.

SAN FRANCISCO - A kayaker attempting a solo 2,400-mile voyage from California to Hawaii was rescued early Sunday about 70 miles off the U.S. coast, authorities said.

The U.S. Coast Guard rescued the adventurer early Sunday after receiving a distress call. The kayaker, identified by local media outlets as Bay Area man and Guinness World Record holder Cyril Derreumaux, had departed from Sausalito early on May 31 with the goal of reaching Honolulu in about 70 days.

The Coast Guard dispatched a helicopter at about 10:25 p.m. on Saturday, and the aircrew reached him two hours later — located 70 miles west of Santa Cruz. It shared a dramatic video of the crew hoisting the kayaker into the helicopter and later returning to Air Station San Francisco.

"Recognizing that the situation was beyond his capabilities and calling for assistance allowed our crews to reach him in time for a successful rescue," Lt. Cmdr. Matthew Kroll, a Coast Guard spokesperson, said in a statement. "This shows that even experienced mariners with proper safety equipment can get into trouble on the ocean, which is why having the right equipment and knowing when and how to use it is so important."

He was reported to be in good condition. 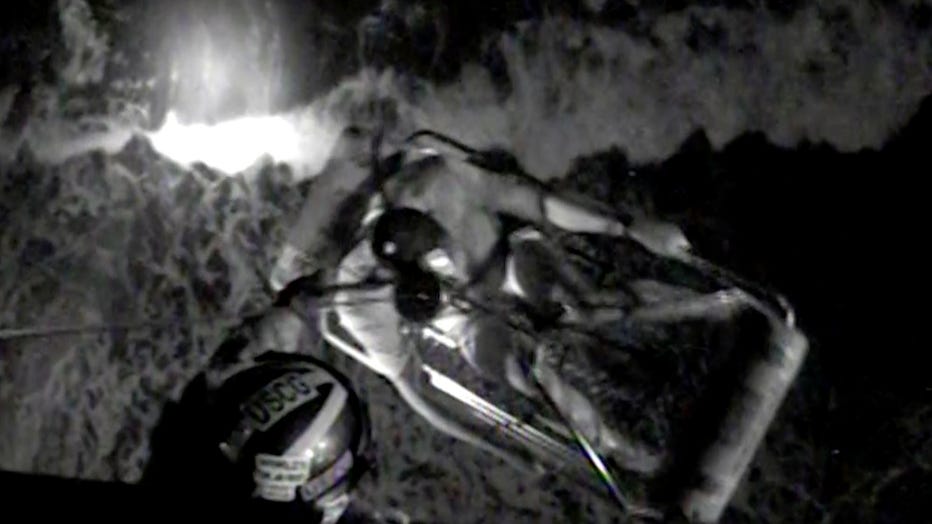 Durrameux, who originally hails from France, has been kayaking for 12 years and has completed hundreds of trips, according to KTVU. The solo journey to Hawaii is 2,400 nautical miles, an experience that has been detailed on his website solokayaktohawaii.com.

In 2016, Durrameux was part of a four-man team who spent almost 40 days rowing from Monterey, California to Oahu, Hawaii — leading to the Guinness World Record for the fastest crossing.

RELATED: Bay Area adventurer sets off from Sausalito to Hawaii alone and in a kayak