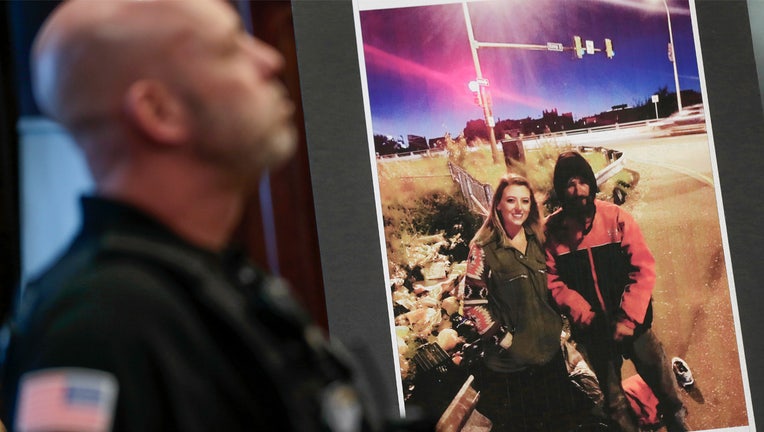 FILE - A law enforcement official stands next to a picture of Katelyn McClure and Johnny Bobbitt Jr., on display during a news conference in Mt. Holly, N.J., Thursday, Nov. 15, 2018. A New Jersey judge sentenced McClure to a term of one year and one

"This sentencing brings to a close a case that defrauded more than 14,000 people whose decency and compassion for others elicited a tremendously heartwarming response to assist someone they believed was truly in need."

NEW JERSEY - A New Jersey woman who pleaded guilty to helping her boyfriend spread a feel-good story about a homeless veteran that garnered more than $400,000 in online donations has been sentenced to three years in prison on state theft charges.

Burlington County prosecutors say Katelyn McClure, 32, of Burlington Township, wasn't present in the Mount Holly courtroom Friday because she is serving a one-year federal term in the case. Her state prison term will run concurrently and the former transportation department worker will be barred from ever working again as a New Jersey public employee. 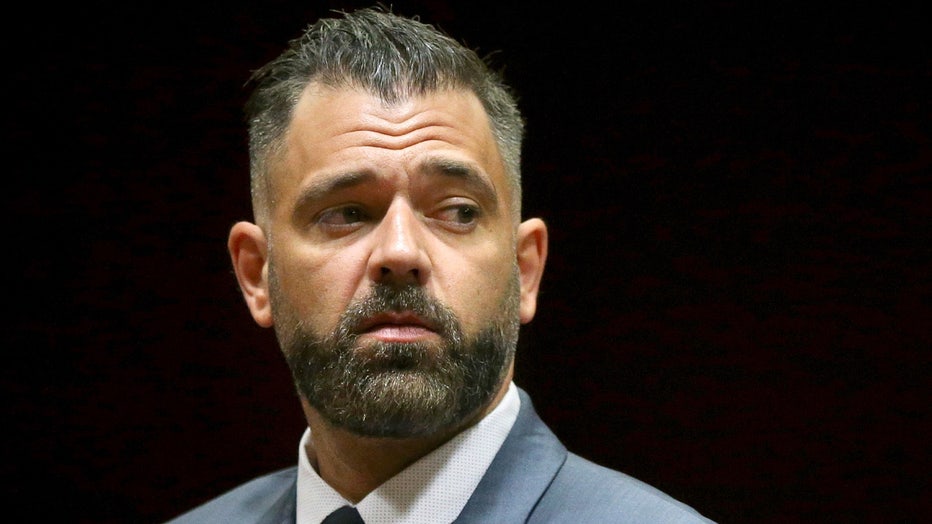 FILE - Mark D'Amico listens during his court arraignment in Burlington County Superior Court in Mount Holly, N.J., May 28, 2019. D'Amico, of New Jersey, who made up a story about a homeless veteran helping out his then-girlfriend and used the tale to

Prosecutors said McClure and her then-boyfriend, Mark D’Amico, of Florence, came up with the good Samaritan story in November 2017, claiming that homeless veteran Johnny Bobbitt Jr., of Philadelphia, had given his last $20 to McClure when her car ran out of gas on an interstate exit ramp in Philadelphia.

The three conducted newspaper and television interviews and solicited donations, ostensibly to help Bobbitt, through a GoFundMe campaign they named "Paying It Forward," prosecutors said. Prosecutors said the campaign raised more than $400,000 from about 14,000 donors in about a month and at the time was the largest fraud perpetrated through the crowdfunding platform. 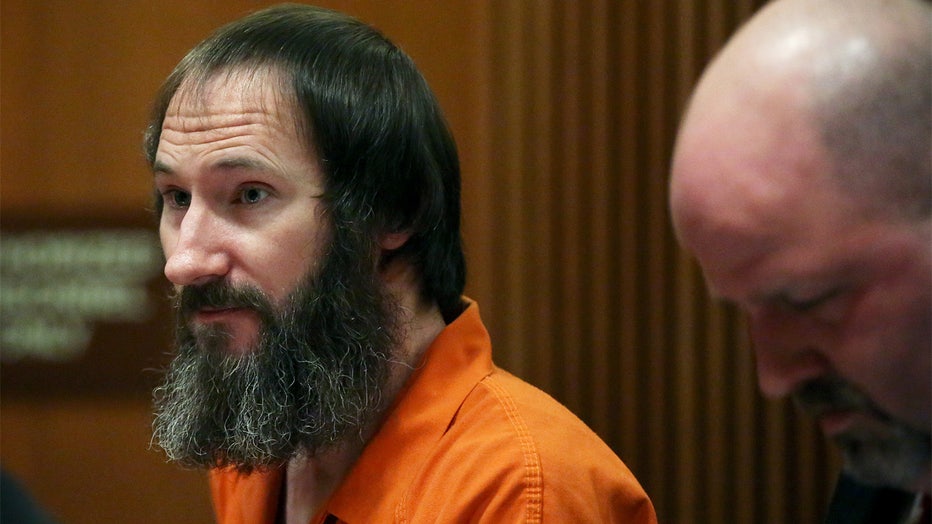 FILE - Johnny Bobbitt stands in the courtroom during his sentencing hearing at Burlington County Superior Court in Mount Holly, N.J., on April 12, 2019. Bobbitt, who pleaded guilty to conspiring with a New Jersey couple on a bogus feel-good story of

Authorities began investigating after Bobbitt sued the couple, accusing them of not giving him the money. They eventually determined that all the money was spent by March 2018, with large chunks spent by McClure and D’Amico on a recreational vehicle, a BMW and trips to casinos in Las Vegas and New Jersey.

D’Amico, 43, pleaded guilty in December 2019 and was sentenced to five years in state prison, a term also running concurrently with an earlier federal term. He and McClure have both been ordered to fully reimburse GoFundMe. Bobbitt was sentenced to probationary federal and state terms.