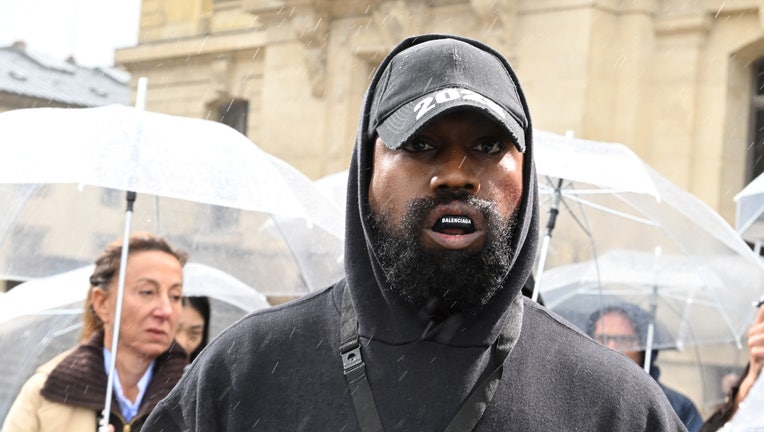 "I’m a bit sleepy tonight but when I wake up I’m going full death con 3 on JEWISH PEOPLE The funny thing is I actually can’t be Anti Semitic because black people are actually Jew also You guys have toyed with me and tried to black ball anyone whoever opposes your agenda," the tweet said.

Multiple reports say West used language on Instagram that was also considered anti-Semitic in an exchange with Diddy, another rapper and media mogul. The conversation was about West wearing a "White Lives Matter" shirt at his show during Paris Fashion Week.

The post in question was deleted, but sparked quick condemnation from the American Jewish Committee and other groups.

After Instagram blocked him, West returned to Twitter after nearly two years of silence on the platform. Tesla CEO Elon Musk replied, "Welcome back to Twitter, my friend!" It’s a noteworthy greeting as Musk continues his fight to buy Twitter and potentially change its censorship policies.

RELATED: Twitter under Elon Musk? Most of the plans are a mystery

West has also been making headlines since he sat down with Fox News’ Tucker Carlson last week for an in-depth interview. He told Carlson he will be president one day and has also posted a photo of a cap with "2024" on it, indicating a potential run for president in 2024.