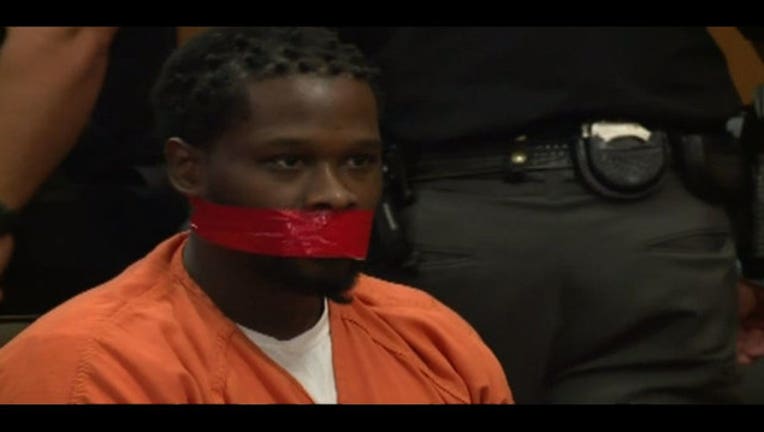 CLEVELAND - A man refused to stop talking during his sentencing so the judge had the man's mouth taped shut.

The defendant refused to stop talking.  Judge Russo says he gave Williams more than a dozen warnings to stop talking over the course of 30 minutes but Williams refused and even interrupted his own attorney.

Judge Russo says he was forced to take extreme measures to keep a clear record and maintain courtroom decorum.

"He would have his time, as I did, I gave him an opportunity to speak when it was  an appropriate time," Judge Russo said. "But more than not, he continued to speak over me and others in the courtroom."

Authorities had extradited Williams from Nebraska last week.  He had cut off his ankle monitoring bracelet and skipped town in the middle of his December trial.  The case continued without him and he was convicted of aggravated robbery, kidnapping and theft.