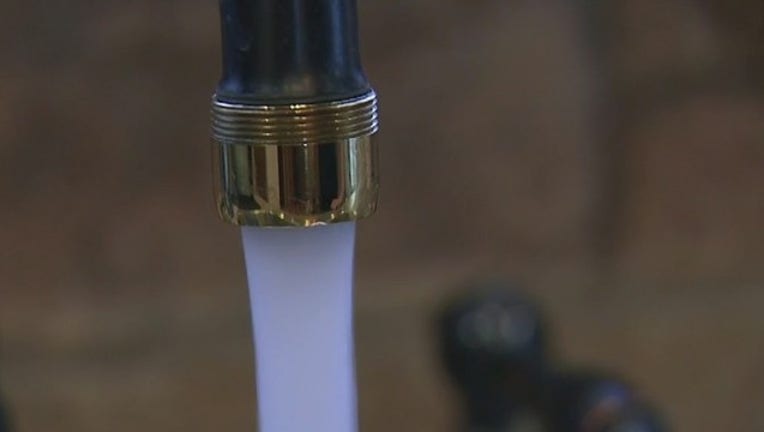 NEWARK, N.J. (AP) - A federal judge has ruled that New Jersey's largest city won't have to expand its bottled water program to include pregnant women or families with young children who aren't directly affected by elevated lead levels in drinking water.

U.S. District Judge Esther Salas on Friday rejected a motion by the Natural Resources Defense Council, saying the group had failed to show that households in another service area in Newark faced "irreparable harm," NJ.com reported .

City attorneys argued earlier in the month that mandating additional bottled water would cause unnecessary panic. The city has been distributing water to residents in about 14,000 homes in the western part of the city after water from two houses tested positive for lead above the federal threshold of 15 parts per billion, but the environmental group called for distribution also to residents in the eastern portion served by a different water treatment plant.

Yvette Jordan, of New Education Workers Caucus, which also sued Newark and the state environmental department last year over the handling of the lead in water issue, called the decision "disappointing."

"Newark and the state of New Jersey should care enough about our communities to provide bottled water to vulnerable residents in all neighborhoods harmed by lead in their water," she said.

The Natural Resources Defense Council said other residents were at risk in part due to the blending of water from another plant - something the city has said it discontinued by closing gates and valves between the two sources.

Mayor Ras Baraka said in a statement that it was evident that "we have been, are and will continue to move in the right direction."

"The only permanent solution to eliminate the risks of lead is to replace every remaining lead service line in our city - and we are going to do so quickly and at no cost to residents through an unprecedented and aggressive lead service line replacement program."