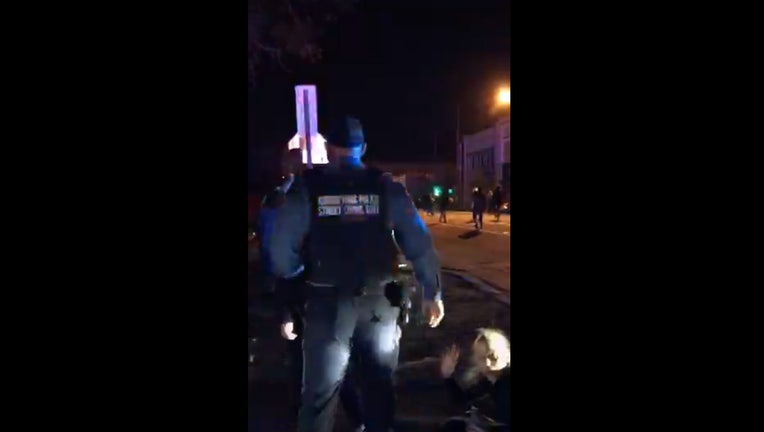 ASBURY PARK, NJ - A police officer was injured and a journalist was among 12 people arrested as officers sought to enforce a curfew following a protest of the Minneapolis death of George Floyd.

Monday's protest was peaceful and many police officers kneeled in solidarity with demonstrators who denounced police brutality. However, tensions flared around 9:30 p.m. as police moved to clear the streets of about 200 people because of the city's 8 p.m. curfew.

Asbury Park Press reporter Gustavo Martinez Contreras was streaming the protest live on Twitter when he was arrested and issued a ticket for failing to obey an order to disperse. He was released from police custody on Tuesday.

The curfew had exempted credentialed members of the media.

The protest came after 28 similar events took place in the state over the weekend. Incidents of vandalism in Trenton and Atlantic City led to more than two dozen arrests.