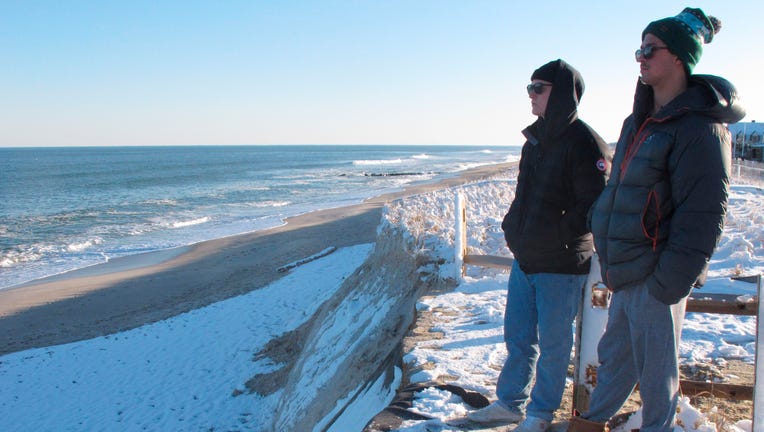 NEW JERSEY - With two winter storms having taken big chunks out of some popular Jersey Shore beaches — and several more on the way — New Jersey wants emergency funding from the federal government to fix the damage.

But that money is not likely to materialize.

The U.S. Army Corps of Engineers says the nor'easter lasting from Jan. 31 through Feb. 2 doesn't appear likely to qualify as the sort of "extraordinary storm event" necessary to free up emergency reconstruction aid.

What's more, the sections of beach that were hardest hit by the storm, as well as by a second one of lesser severity over the weekend, are in an area that the federal government considers to have been completed in terms of beach replenishment. 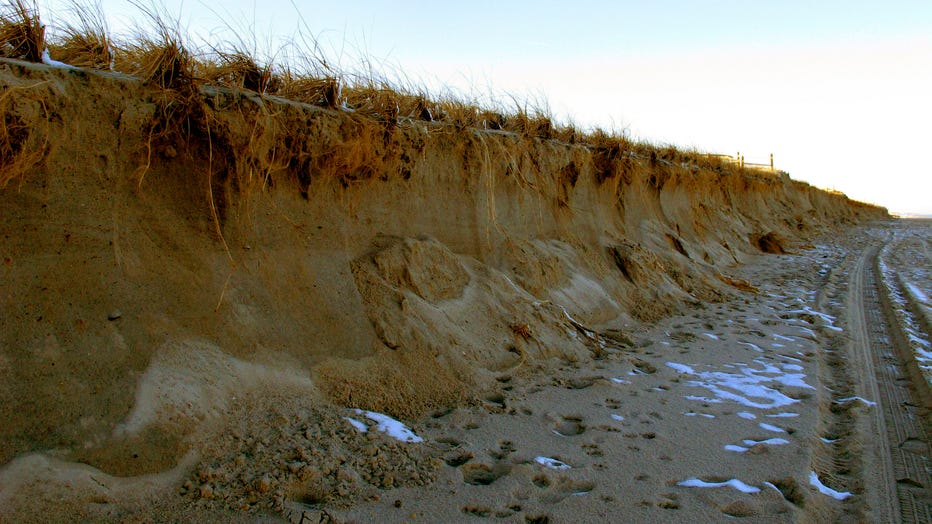 Any work that needs to be done between periodic cycles of restoration by the Army Corps is the responsibility of the state and local governments, which would be the case now, the agency said Tuesday.

Shawn LaTourette, acting commissioner of New Jersey's Department of Environmental Protection, wrote to the Army Corps on Monday asking for money and technical support to repair the worst-hit areas of the shore.

These include beaches in nine towns that a DEP inspection deemed to have suffered severe erosion.

Among them are Bay Head, where part of the beach were so eroded by waves that a drop-off of 20 or more feet now exists from the dune to the beach below, and the Ortley Beach section of Toms River, where similar erosion occurred.

A nor'easter dumped more than a foot of snow on parts of New Jersey. The governor urged people to stay off the roads.

Police in the towns have erected barriers near the edge of the cliffs to prevent people from falling off.

Another 18 beach towns suffered moderate erosion from the storm, which saw wave heights between 6 to 12 feet.

LaTourette asked the Army Corps to seek funding from Congress if money is not available right away for the beach work, which he wants to see completed by the second quarter of this year.

Steve Rochette, a spokesman for the Army Corps, said the agency is reviewing the request.

Two more winter storms with the potential for additional damage to the shoreline are expected in New Jersey between Wednesday night and Friday. And still another storm is possible on Sunday, according to forecasters.