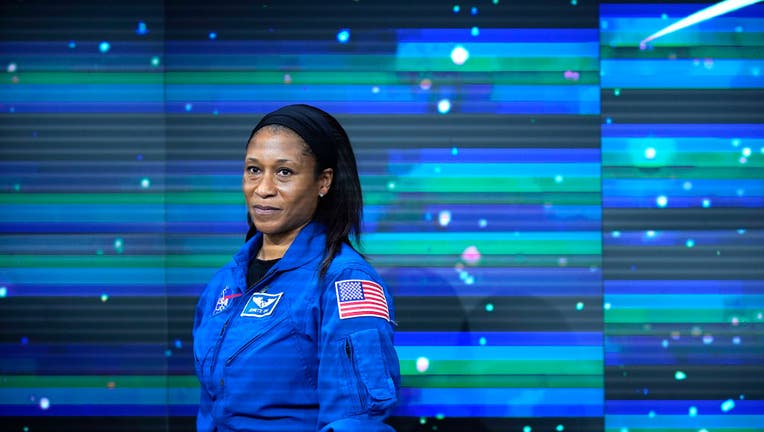 NASA astronaut Jeanette Epps will make history next year when she becomes the first Black female astronaut to be a crew member of the International Space Station, the space agency announced on Tuesday.

Epps, who has a doctorate in aerospace engineering and worked for the CIA as a technical intelligence officer for seven years prior to joining the astronaut corps in 2009, has been assigned to NASA Boeing Starliner-1.

"Epps will join NASA astronauts Sunita Williams and Josh Cassada for a six-month expedition planned for a launch in 2021 to the orbiting space laboratory," NASA said in a release. "The flight will follow NASA certification after a successful uncrewed Orbital Flight Test-2 and Crew Flight Test with astronauts."

In a tweet, NASA Administrator Jim Bridenstine said Epps was a "fantastic addition" to the team.

The 49-year-old Epps responded, tweeting she is "looking forward to the mission.

"I'm super excited to join Suni Williams and Josh Cassada on the first operational Boeing crew mission to the International Space Station," Epps said in the video message. "I've flown in helicopters with Suni flying and I've flown in the backseat of a T38 with Josh flying and they are both wonderful people to work with, so I'm looking forward to the mission."

Williams and Cassada both welcomed Epps to the mission in videos posted to Twitter.

Cassada joins Epps in making his first space mission, while it will be the third trip to the ISS for Williams. She previously went on Expeditions 14/15 and 32/33.

Epps was scheduled to become the first Black astronaut to become a member of the ISS crew in 2018, but she was pulled from the mission, replaced by her backup, Serena Aunon-Chancellor, who became the first Hispanic woman to live on the ISS.

NASA did not provide a reason for Epps' removal at the time but noted she would be considered for future missions.

Epps' brother, Henry, claimed racism was the reason his sister was pulled from the mission.

It's not uncommon for crew changes to be made on space flights, even ones that come at the last minute. Ken Mattingly was pulled from Apollo 13 and replaced by Jack Swigert because of exposure to German measles, though he never contracted the disease. Mattingly eventually flew to the moon on Apollo 16, making him one of only 24 people to go on lunar missions.

Since becoming an astronaut, Epps has aided ISS crews from the ground, including as lead CAPCOM, communicating between mission control and the astronauts on various missions, Space.com reported.