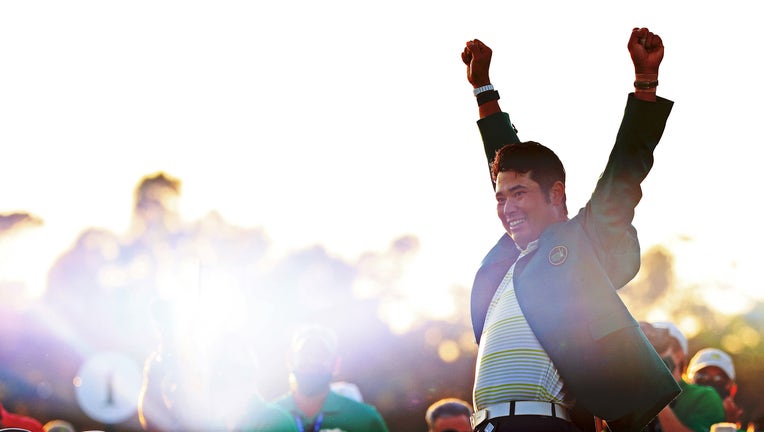 On Sunday, 29-year-old Hideki Matsuyama won both his and Japan's first golf major and first Masters.

Kuramoto always hoped to see a Japanese player contend for the Masters but never expected a fellow countryman would ever win the tournament.

"It's an event for all," Kuramoto said, "the entire nation of Japan."

"Especially older men wanted to talk about Matsuyama and his win," Tokyo-based sportswriter Shotaro Moore said. "They told me they would wake up at 4:30 a.m."

Moore recognized Matsuyama's win as a landmark moment for Japanese golf but also part of a greater trend of unprecedented Japanese excellence at the highest levels of international sport.

"I think there's been a shift in the last 20 years where parents allow their kids to follow the dream of athletics," Moore said.

That parenting mentality shift from the ideal of college and a lifetime contract at an office job to the possibility of earning a living playing a sport, Moore argues, has contributed to give Japan its first tennis grand slam singles titles and first No. 1-ranked player, the best male figure skater on the planet, a three-time gold medalist men's gymnast, a Formula 1 driver, and a teenager signed by most successful soccer club of all time.

Before the Wizards selected Rui Hachimura as the first Japanese player ever taken in the first round of the NBA draft, two years ago, the only basketball jerseys Shotaro ever saw in Tokyo were the ones he was wearing.

Hachimura, Matsuyama, Naomi Osaka and the rest of these Japanese athletes join baseball superstars Shohei Ohtani, Hideki Matsui and Ichiro in moving Japan and its sporting reputation away from the more militaristic, individual sports most popular in the country before World War II.

"This national pride of being an island nation," Moore said, "of being a culture that dates back thousands of years."

Japan, Moore said, see its athletes as representatives not only of their island but also its rich culture. With ambassadors like Matsuyama winning a green jacket and Osaka collecting grand slams, one might now expect the generation of Japanese children who grow up watching the Ohtanis and Takefusa Kubos -- in this Internet age where every event streams live and lives on indefinitely in highlight replays on social media -- to form the next class of their nation's sports superstars, posed to accomplish even more than their childhood idols who competed before them.

"Something special for us," Kuramoto said.

Kuramoto reported driving ranges in Japan were very crowded the Monday after the Masters.