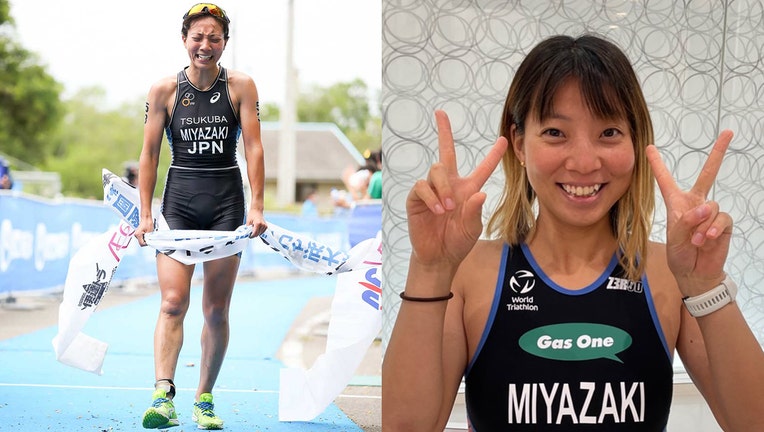 A triathlete and Olympic hopeful from Japan was killed during a training ride in France on Wednesday.

An oncoming vehicle hit Tsudoi Miyazaki while she was biking in the town of Orleans, according to the Japan Triathlon Union. She was 25.

Miyazaki was attending a triathlon training camp after finishing 50th at the Pontevedra World Cup in Spain on Sunday, according to a statement posted on World Triathlon's website.

"World Triathlon and the Japan Triathlon Union want to offer our deepest condolences to Ms. Miyazaki family, friends, coaches and teammates," the statement said. "The thoughts of all the Triathlon Family are with you all in these terrible times."

Authorities in France are investigating the crash.

"JTU has immediately dispatched staff members to France to join the training base staff to take care of the situation," the organization said.

Miyazaki, who was born in Japan's Toyama Prefecture, took up triathlon in college, according to JTU. In 2019, she won the women's under-23 championship at Japan's National Triathlon Championships.

Miyazaki "was expected to grow into a leading, high-performing triathlete in the future, aiming to win medals at the 2024 Paris Olympics and the 2028 Los Angeles Olympics," JTU said.