Americans drink more alcohol now than they did 100 years ago

Drinking in America is not only on the rise, but at a higher level now then when the substance was banned a century ago.

Tax revenues from alcohol sales are lagging in Japan due to the coronavirus pandemic's impact on the restaurant and nightlife industry, so the country is launching a new contest to try to boost consumption among young people dubbed, "Sake Viva!"

"The purpose of this announcement is to revitalize the industry," Japan's National Tax Agency said in announcing the plan, according to a translation.

Applicants between the ages of 20 and 39 are encouraged to submit business plans to boost alcohol sales to young people ahead of a contest in November. 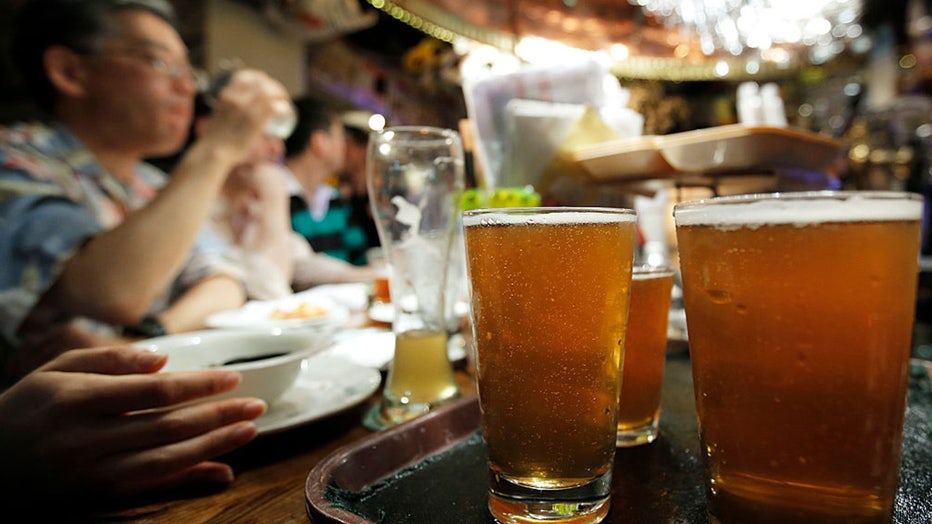 FILE - Glasses of craft beer sit in a tray ready to be served inside the Bakusyu Club Popeye bar in the Ryogoku neighborhood of Tokyo, Japan, 2015. (Kiyoshi Ota/Bloomberg via Getty Images)

Tax revenues from alcohol plummeted about $800 million in 2020, according to the Japan Times.

DRINKING MAY SHRINK THE BRAIN EVEN IN MODERATE AMOUNTS, STUDY SUGGESTS

"As working from home made strides to a certain extent during the COVID-19 crisis, many people may have come to question whether they need to continue the habit of drinking with colleagues to deepen communication," an official from Japan's National Tax Agency told the newspaper earlier this month.

"If the 'new normal' takes root, that will be an additional headwind for tax revenue."