WASHINGTON - The House panel investigating the U.S. Capitol insurrection requested an interview and records from House Minority Leader Kevin McCarthy on Wednesday, as it continues to seek first-hand details from members of Congress on former President Donald Trump’s actions on the day hundreds of his supporters brutally beat police, stormed the building and interrupted the certification of the 2020 election.

Mississippi Rep. Bennie Thompson, Democratic chairman of the panel, requested that McCarthy, R-Calif., provide information to the nine-member panel regarding his conversations with Trump "before, during and after" the riot. The request also seeks information about McCarthy’s communications with former White House Chief of Staff Mark Meadows in the days before the attack.

"We also must learn about how the President’s plans for January 6th came together, and all the other ways he attempted to alter the results of the election," Thompson said in the letter. "For example, in advance of January 6th, you reportedly explained to Mark Meadows and the former President that objections to the certification of the electoral votes on January 6th ‘was doomed to fail.’"

Hours after the committee's request, McCarthy issued a statement saying he would refuse to cooperate. He said the investigation was not legitimate and was an "abuse of power." 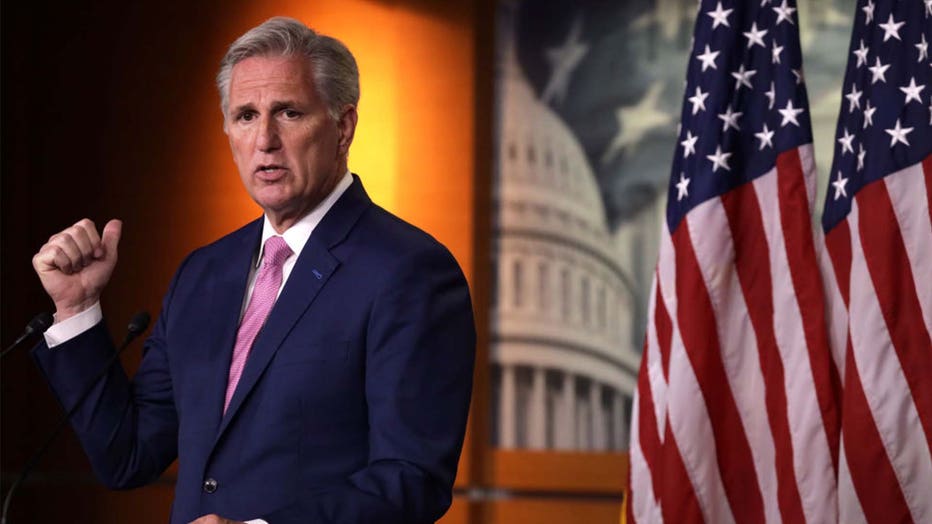 Without his cooperation, it remains unclear whether the panel will be able to gain testimony from McCarthy or any other congressional allies of Trump. While the committee has considered subpoenaing fellow lawmakers, that would be an extraordinary move and could run up against legal and political challenges.

Lawmakers are seeking a window into Trump’s state of mind from an ally who has acknowledged repeated interactions with the then-president. The committee also wants to question McCarthy about communications with Trump and White House staff in the week after the violence, including a conversation with Trump that was reportedly heated.

The committee acknowledged the sensitive and unusual nature of its request as it proposed a meeting with McCarthy on either Feb. 3 or 4. "The Select Committee has tremendous respect for the prerogatives of Congress and the privacy of its Members," Thompson wrote. "At the same time, we have a solemn responsibility to investigate fully the facts and circumstances of these events.

Democrats have been seeking more information about McCarthy’s communications with Trump since the former president’s second impeachment trial last year. At one point in the trial, Democrats said they would try and call Rep. Jaime Herrera Beutler, R-Wash., as a witness because she had described a potentially pivotal call between the two men after hearing an account from McCarthy.

Herrera Beutler’s statement said McCarthy told her he had asked Trump to publicly "call off the riot" and had said the violent mob was made up of Trump supporters, not far-left antifa members.

She said in the statement, "That’s when, according to McCarthy, the president said, ‘Well, Kevin, I guess these people are more upset about the election than you are.’"

In the end, Democrats read a statement from Herrera Beutler into the record. Trump, who had just left office, was acquitted by the Senate.

McCarthy had initially criticized Trump’s actions after the 2020 election, saying he "bears responsibility" for the deadly Jan. 6 attack, which remains the most serious domestic assault on the building in its history.

"The saddest day I have ever had" in Congress, McCarthy said the night of the attack, even as he went on to join 138 other House Republicans in voting to reject election results.

The latest request from the panel also puts McCarthy face-to-face with its vice-chair, Rep. Liz Cheney, whom he dumped from the No. 3 House leadership position last summer as her very public criticism of Trump's lies about his 2020 election loss reverberated through the Republican Party.

The GOP leader had counseled Cheney to stay on message, but as she continued to warn the party off Trump’s falsehoods, McCarthy groomed a newly transformed Trump acolyte, Rep. Elise Stefanik, R-N.Y., as her replacement.

McCarthy is the third member of Congress the committee has reached out to for voluntary information. In the past few weeks, GOP Reps. Jim Jordan and Scott Perry were also contacted by the panel but have denied the requests to sit down with lawmakers or provide documents.

The panel, comprised of seven Democrats and two Republicans, has interviewed almost 350 people and issued public subpoenas to around 50 people and organizations as it seeks to create a comprehensive record of the Jan. 6 attack and the events leading up to it.

On Wednesday, former White House Press Secretary Kayleigh McEnany spoke to the panel virtually, according to a person familiar with the interview who requested anonymity to discuss it. The committee subpoenaed McEnany in November.

The committee says the extraordinary trove of material it has collected — 35,000 pages of records so far, including texts, emails and phone records from people close to Trump — is fleshing out critical details of the worst attack on the Capitol in two centuries, which played out on live television.

Thompson told The Associated Press in an interview last month that about 90% of the witnesses subpoenaed by the committee have cooperated despite the defiance of high-profile Trump allies like Meadows and Steve Bannon. Lawmakers said they have been effective at gathering information from other sources in part because they share a unity of purpose rarely seen in a congressional investigation.