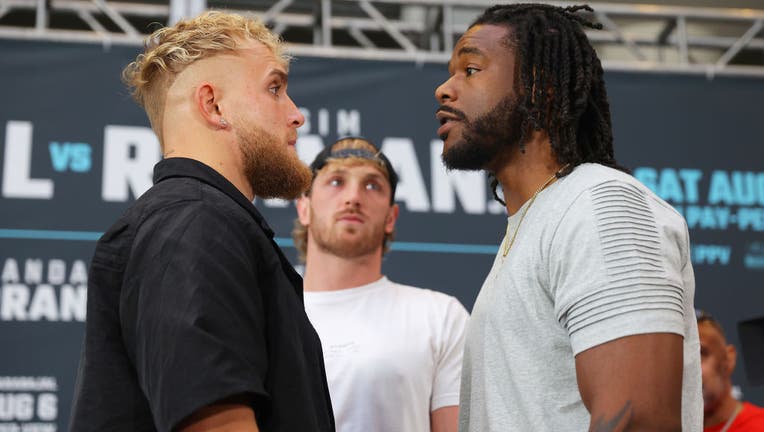 NEW YORK - Jake Paul's boxing match at Madison Square Garden next week has been canceled after his promotional team said opponent Hasim Rahman Jr. did not intend to honor the contracted weight limit.

Most Valuable Promotions said Saturday that Rahman had signed a contract July 5 to weigh a maximum of 200 pounds. However, it said in a statement that a weight check Friday showed that he had only lost one pound since weighing 216 then and that the New York State Athletic Commission said it would not sanction the bout at less than 205 pounds.

Though Paul agreed to move forward with the fight at that weight, MVP said Rahman's team told them Saturday it would pull out of the fight unless it was agreed to at 215 pounds.

"MVP and Jake Paul will not reward someone that has conducted themselves in such a deceiving and calculated manner," the statement said, adding that "the boxing community must hold Hasim Rahman Jr. liable for his lack of professionalism."

Paul was originally set to face Tommy Fury, who was forced to pull out. The YouTube star-turned boxer than moved on to Rahman, the son of the former heavyweight champion who had fought entirely at heavyweight in his 13 pro bouts, weighing as much as 278 pounds.

The card was also to include women's star Amanda Serrano defending her featherweight title.