“Cheetle,” is now the confirmed designation for the powdery residue that sticks to one’s fingers when eating a bag of Cheetos, the company said in a press release.

LOS ANGELES - While it has commonly been known as “Cheeto Dust” or “Cheeto Fingers,” the Frito-Lay snack brand just confirmed the official name for the accumulation of cheesy finger dust that has always been a inevitable by-product of eating the snack.

“Cheetle,” is now the confirmed designation for the powdery residue that sticks to one’s fingers when eating a bag of Cheetos, the company said in a press release.

Examples of proper usage of the term include “The Touch ID on my phone isn't working due to the Cheetle on my fingers,” according to dictionary.com. 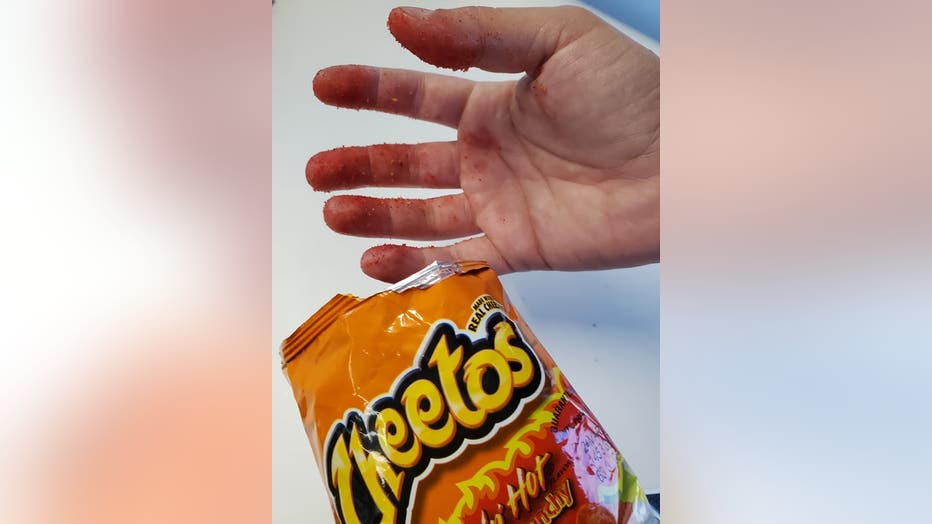 A photograph of a person's fingers covered in "Cheetle."

Before Cheetle became the now-accepted term for the orange snack residue, Cheetos tweeted in 2015 with the hashtag “Cheetle,” calling it “more magical than pixie dust.” The tweet garnered responses from users showing off their own dust covered fingers.

Even Amazon CEO Jeff Bezos was not immune to the sticky phenomenon of “Cheetle.“

The reemergence of “Cheetle” is part of Frito-Lay’s effort to gain attention for its new Cheetos Popcorn which they say is infused with the powdery substance.

"We've seen the way Cheetos lovers don their red- and orange-dusted fingers like a badge of honor, and we're always looking for ways to help them step up their snacking game," said Brandi Ray, senior director of marketing, Frito-Lay North America. "The only way to truly take popcorn to the next level is to add the iconic Cheetle, the cheesy dust that will entice Cheetos fans to snack on this popcorn all year long.“