LOS ANGELES - Nia Miranda said she was already highly emotional Saturday when she came across two women spray painting “BLM” on a Starbucks.

So when she saw the two women, who appeared to be white, committing acts of vandalism in the name of the movement, Miranda pulled out her phone, hit record and she and a friend confronted them.

“Don’t spray stuff on here! They’re going blame black people for this and black people didn’t do it,” Miranda stressed in the video.

White people who attend these protests as well-meaning allies are welcome, she said, but Miranda has a message for those who would attend only to commit crimes.

“It is never OK to commit a crime in our honor when we, the black community, will be targeted for it,” Miranda explained. “This is a 400-year battle we are fighting. And if you can’t adhere to how we need your help, then stay home.” 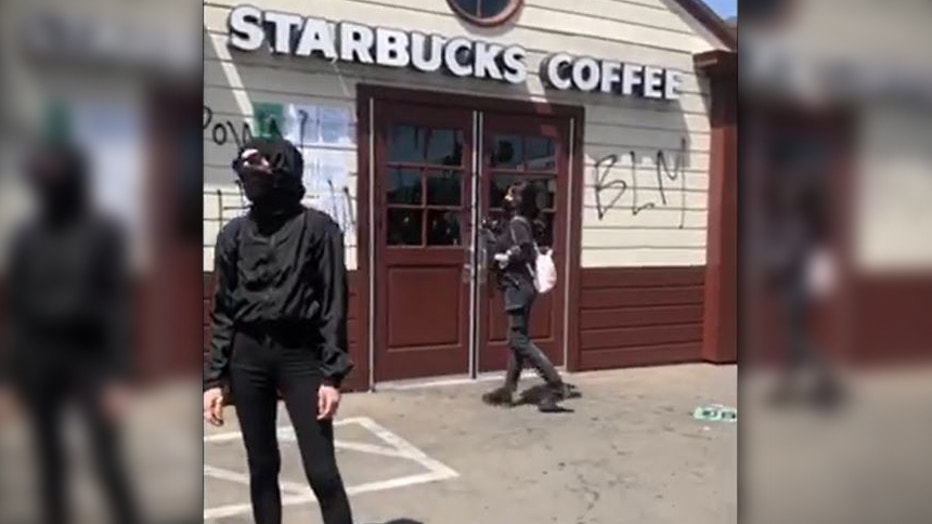 Miranda said the spray painters tried to convince her that black people asked them to tag the Starbucks, but she didn’t buy it.

She later posted a photo of the Starbucks that showed it had been defaced with even more graffiti. She said that she was outraged that the name of George Floyd, the catalyst of protests worldwide, had been misspelled.

And she pointed out there were no black people standing on the store’s roof.

“I don’t think this comes from an ally standpoint at all because when you look through history, when you see vandalism during a black person’s protest, it must be a black person who does it,” Miranda said.

Miranda’s experience is not an isolated incident. Black protesters all over the country are confronting non-black people for escalating peaceful demonstrations to lawlessness.

Nashville police even arrested two white men in connection to an arson at its historic courthouse during a weekend demonstration. Black men were also arrested in the case, though not charged with arson.

And even when it’s not illegal activity, footage exists of questionable behavior at a protest. One man received criticism online after footage appeared of him dressed as Joaquin Phoenix's character from 2019's "Joker" while dancing about with a "Justice for George" sign.

The protests are meant to send a message about police brutality in the wake of the death of George Floyd, but certain non-black people have used them as a chance to live out a fantasy, which Miranda likened to the film “V for Vendetta.”

“And then you have us, who just want to be free and want to live,” Miranda said.

Protests erupted after video showed a Minneapolis police officer kneeling on Floyd's neck for nearly nine minutes. Though he has pulled most of the focus and national headlines, many protesters have considered Floyd's death to be the final straw.

Just weeks earlier, video surfaced of the February death of Ahmaud Arbery. The Georgia man died when two white men allegedly shot him as he jogged through a Georgia neighborhood.

Weeks after Arbery’s death, Breonna Taylor died in her Kentucky home. She was shot and killed while sleeping as police in Louisville executed a “no-knock warrant.” 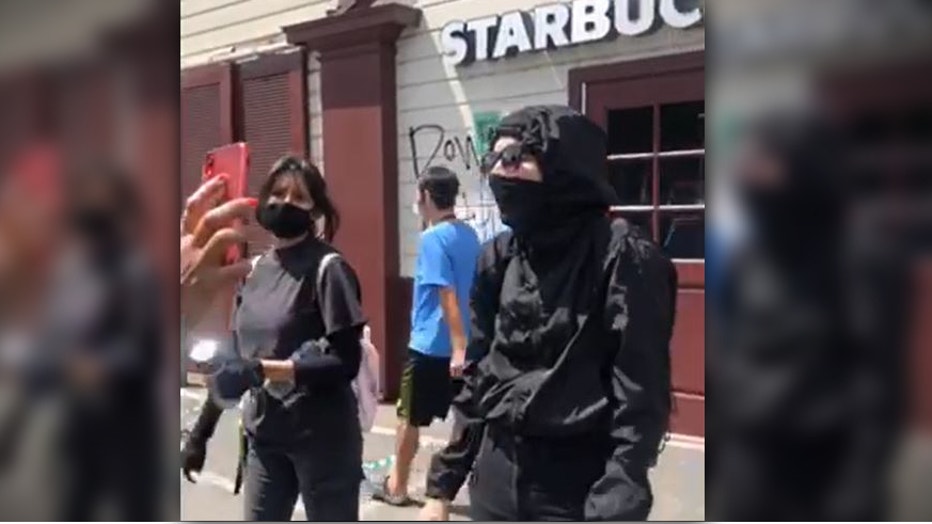 Miranda said Ahmaud Arbery’s death emboldened her to pull out her phone last weekend when she confronted the white women. (Source: Nia Miranda)

Even with those tragedies still weighing heavily on her heart, Miranda said Arbery’s death emboldened her to pull out her phone ahead of last weekend's confrontation.

“I understand the power of film,” Miranda said. “For some reason, when it comes to black life, you have to go through so much. And when it’s not filmed, you might not get justice.”