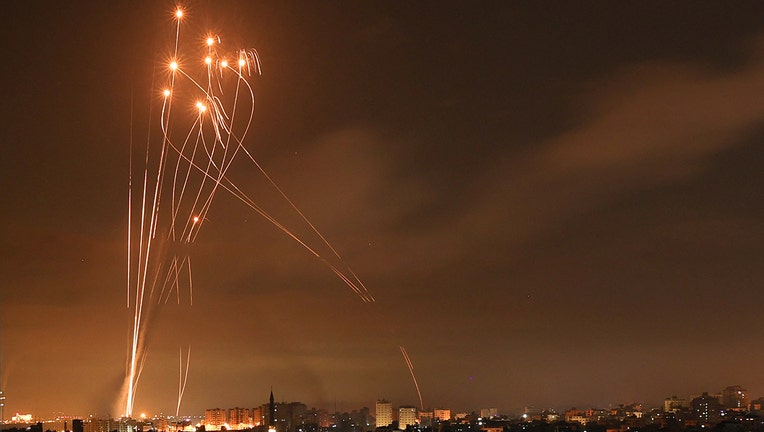 Rockets light up the night sky as they are fired towards Israel from Beit Lahia in the northern Gaza Strip on May 14, 2021.(Photo by MOHAMMED ABED/AFP via Getty Images)

NEW YORK - Israel’s air defense missile system that is known as Iron Dome has reportedly intercepted and brought down a drone for the first time.

According to local media, the first drone was brought down by the system on May 13.  The drone was believed to have been launched by Hamas.

Israel has intercepted six drones since fighting began between Israel and Hamas on May 10, the Israel Defense Forces said Monday.

The Iron Dome system was first deployed in 2011 and consists of a network of connected batteries and radars that fire at rockets that seem to be heading to populated areas.

Israeli authorities have issued guidelines for citizens to use in case of drone atttacks.  They include entering a protected area for 10 minutes unless further warnings or instructions are given.