Convict and guard on the lam

Authorities now believe that convicted criminal Casey White appears to have escaped custody in Alabama with the help of a prison guard. Sheriff Rick Singleton says he has never dealt with anything quite like it in his 50 years in law enforcement.

Investigators in Alabama say they have confirmed a "special relationship" between a missing jail official and the murder suspect she’s accused of helping to escape.

The Lauderdale County Sheriff’s Office has issued an arrest warrant for Vicky White, the assistant director at the county jail and a manhunt is underway for them both.

"Investigators received information from inmates at the Lauderdale County Detention Center over the weekend that there was a special relationship between Director White and inmate Casey White," the sheriff announced in a statement Tuesday. "That relationship has now been confirmed through our investigation by independent sources and means."

The pair departed the Lauderdale County Detention Center in Florence, Alabama, on Friday morning and have not been seen since. The assistant director of corrections at the facility told co-workers she was taking the inmate to the courthouse for a mental health evaluation. The sheriff later told reporters that no such evaluation was scheduled.

Casey White, 38, was charged with two counts of capital murder in September 2020 in the brutal stabbing of 58-year-old Connie Ridgeway. He was already serving time for a 2015 crime spree that involved home invasion, carjacking, and a police chase. White confessed about the murder and was awaiting trial at the Lauderdale County Jail when he disappeared. He stands 6 feet 9 inches and weighs approximately 260 pounds. He has brown hair and hazel eyes. 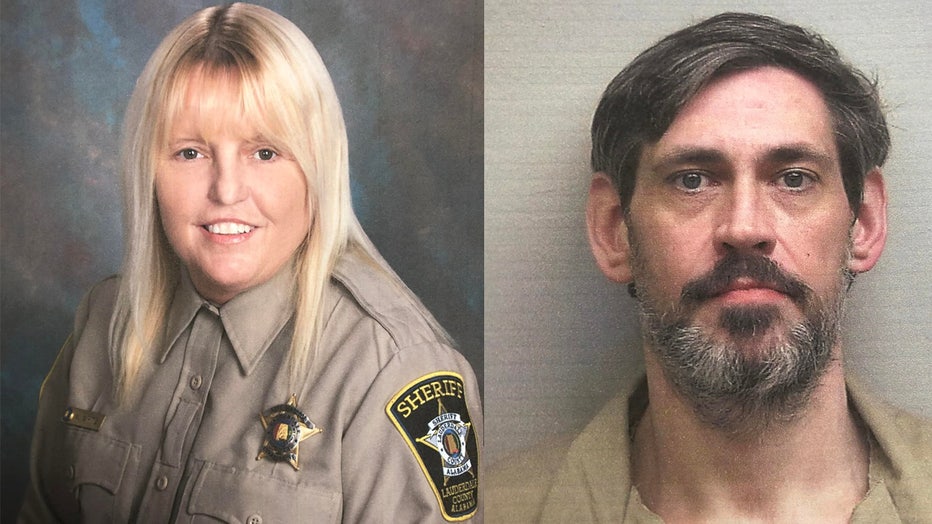 Lauderdale County corrections officer Vicky White, 56, is the Assistant Director of Corrections. (The two Whites are not related.)

The vehicle the two left the detention center in has been located in the parking lot of a nearby shopping center.  Investigators were looking to find any video that may give information on what happened there.

While the pair left the detention center at 9:30 in the morning, the staff didn't realize they were missing until about 6 hours later.

"We consider both of them dangerous and in all probability, both individuals are armed," U.S. Marshal Marty Keely said at a press conference Monday. He noted that Casey White "will stand out" because of his size even if he has changed his appearance.

White violated a policy that required more than one official to be involved in transporting him, according to Singleton. The policy was put in place when White was jailed two years ago and authorities believed he was planning to escape.

Vicky White had planned to retire and that Friday was to be her last day. He said she had sold her home about a month ago and "talked about going to the beach."

The sheriff said they had no leads at this point on where the two are located.