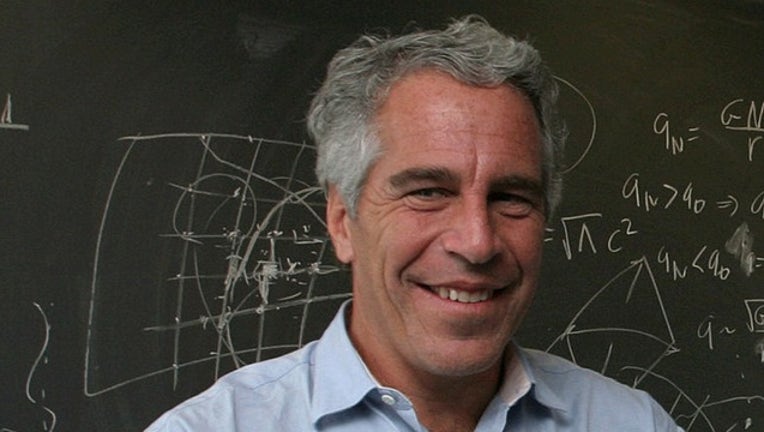 There was the team of recruiters and enablers bringing Epstein dozens of underage girls to sexually abuse, federal prosecutors allege.

There was the assistant who scheduled those encounters, and the butler who cleaned up afterward and doled out cash and gifts to the girls, authorities contend in court records.

There were the mansions in New York and Florida, the sprawling ranch in New Mexico and the private island in the Caribbean that kept prying eyes at a distance, and the forms his employees had to sign swearing they wouldn't speak about him publicly.

All of it served to insulate Epstein with layer upon layer of secretiveness, investigators say, like a kingpin. And, as eventually happened to Guzman, all of it could be on the verge of collapsing inward on him.

The linchpin of the operation described in the federal indictment against Epstein were the recruiters - some of them victims themselves - who targeted girls as young as 13. Epstein deemed his team so essential that he attempted to shield several of them from federal charges under the same nonprosecution agreement that allowed him to avoid a lengthy federal prison sentence and plead guilty in 2008 to lesser state charges in Florida.

That unusual deal , initially filed in secret, went as far as to bar the federal government from charging "any potential co-conspirators of Epstein."

That agreement could be upended by the indictment unsealed in New York federal court this month that charges Epstein with conspiracy and sex trafficking, which could see the 66-year-old sentenced to up to 45 years in prison if convicted.

Geoffrey Berman, the U.S. attorney in Manhattan, declined to say whether any of Epstein's associates will be charged. He also would not say whether they are cooperating with the investigation.

Epstein's lawyers did not respond to several messages seeking comment. In court last week, they attacked the federal indictment in New York as a collection of warmed-over allegations that should be moot based on Epstein's deal with the U.S. attorney's office in Miami.

Epstein has pleaded not guilty and is due in court Monday for a bail hearing. Prosecutors want him jailed pending trial, arguing that he is a flight risk and could attempt to influence witnesses. They said Friday that Epstein sent $350,000 recently to two individuals, including a former employee, after the Miami Herald started publishing articles about the Florida plea agreement.

Epstein's New York indictment refers to unnamed employees who prosecutors say played a critical role in Epstein's alleged crimes in the early 2000s and received payments to arrange massages that led to sex acts, with girls who then sometimes would be paid to find others like themselves.

"Through these victim recruiters, Epstein gained access to and was able to abuse dozens of additional minor girls," the indictment states.

Epstein invited some of his victims to fly aboard his private jet, and lured others through an associate who ran a modeling agency, according to hundreds of pages of police reports, FBI records and court documents.

His recruiters generally sought out economically disadvantaged girls from poorer Palm Beach County neighborhoods far from the tony beachfront community where he lived, according to police reports and lawsuits filed in the wake of the nonprosecution agreement. The indictment said the victims were "often particularly vulnerable to exploitation."

Jennifer Araoz, a new accuser who alleged last week that Epstein raped her in New York when she was 15, said her encounters with Epstein began when a friendly young woman approached her outside her Manhattan performing-arts high school in 2001. The unidentified woman told Araoz - then 14 - that Epstein wanted to meet her and could help her achieve her dreams of becoming an actress.

"I feel like it was really well thought-out to really make me feel as comfortable as possible, to almost keep me coming back," Araoz said in an interview on NBC's "Today."

Epstein's personal assistant, Sarah Kellen, would call ahead to recruiters in Florida when Epstein was planning a trip to Palm Beach, the police reports say. Kellen, who Ransome said also recruited girls and made travel arrangements for them, "maintained Epstein's sex schedule in order to ensure that he was not without the sexual favors of young females for any extended period of time," according to Ransome's lawsuit.

One of Epstein's recruiters, Haley Robson, received $200 payments each time she escorted a new "masseuse" to Epstein's home, according to a 2008 lawsuit filed anonymously by an accuser who said she was 14 when the abuse started. Robson targeted girls from the rural area where she grew up, several accusers have alleged in lawsuits, because Epstein perceived them to be less likely to tell authorities.

In an interview with police, Robson likened herself to the so-called Hollywood madam, Heidi Fleiss, and said Epstein once admonished her for bringing a 23-year-old recruit to his home.

"He told her the younger the better," a detective wrote in a Palm Beach Police Department report.

The Associated Press left phone and email messages seeking comment last week from attorneys for Maxwell, Kellen and Robson; none of those messages was returned. In older court filings, Maxwell's lawyers have denied she took part in sex trafficking.

Alfredo Rodriguez, who worked as a butler and chauffeur and managed the Palm Beach residence, told detectives he was like a "human ATM machine" and had been told to maintain a minimum balance of $2,000 cash at all times to pay the girls.

Rodriguez routinely wiped down Epstein's sex toys following the visits, according to a Palm Beach police report. He said he provided iPods, jewelry and other gifts to the girls, a detective stated in the report, and once delivered a dozen roses to an Epstein victim at Royal Palm Beach High School.

Rodriguez, who has since died, told Palm Beach police that Epstein's visitors appeared "too young to be masseuses," adding they even ate like high schoolers: "Rodriguez stated they would eat tons of cereal and drink milk all the time."

Rodriguez later pleaded guilty to withholding from federal authorities a bound book of Epstein contacts that he referred to as "the Holy Grail" and tried to sell for $10,000.

In her 2017 lawsuit, which was settled in 2018, Ransome alleged that while under investigation in the Florida case, Epstein changed tactics but kept abusing girls. Instead of targeting high school girls in the Palm Beach area, Ransome contended, he transported young females from other parts of the U.S. and abroad to his Manhattan mansion and private island in the U.S. Virgin Islands.

Epstein required subordinates to sign confidentiality agreements and discouraged victims from speaking to law enforcement officials. If contacted by law enforcement, employees were to notify Epstein's lawyers and accept representation from lawyers paid by Epstein.

To actress and model Alicia Arden, who accused Epstein of groping her during a 1997 meeting ostensibly about a potential modeling gig, the new charges show he kept "doing the same thing ... having these recruiters, and people are setting things up for him."

The Associated Press generally does not name people who say they have been sexually assaulted, unless they agree to be identified, as Araoz, Arden and Ransome have done.

Arden told The Associated Press in an interview Friday that she was 27 when Epstein's secretary called to set up a meeting at a hotel where he was staying in Santa Monica, California. She was stunned when Epstein, while evaluating her physique, groped her buttocks and said, "Let me manhandle you," according to a 1997 police report of her complaint.

She went to the police the next day and filed a complaint the next week, the report shows. She says she never heard further about it. The AP sent an inquiry Friday to the Santa Monica Police Department about how the case was handled. Epstein's lawyers have said the allegations were discounted.

"I'm very distraught about what's going on, now that I hear about these teenage girls," Arden said, when it "could have been stopped."