A 48% rise in gas prices. A staggering 35% jump in the cost of used vehicles. Inflation has climbed to its highest level in more than 40 years, and it’s hitting Americans hardest in areas where it’s difficult to make cuts: gas, food and utilities.

The Labor Department said this week that its consumer price index jumped 8.5% in March from 12 months earlier, the sharpest year-over-year increase since 1981.

Prices have been driven up by bottlenecked supply chains, strong consumer demand and disruptions to global food and energy markets worsened by Russia’s war against Ukraine. Even if you toss out food and energy prices — which are notoriously volatile and have driven much of the price spike — core inflation jumped 6.5%.

Here’s a look at some of the largest year-to-year increases reported by the Labor Department:

The March inflation numbers were the first to fully capture the surge in gasoline prices that followed Russia’s invasion of Ukraine on Feb. 24. Moscow’s attacks have triggered far-reaching Western sanctions against the Russian economy and disrupted food and energy markets.

RELATED: Inflation: Is it close to peaking? Economists weigh in

In the face of supply and worker shortages, raw materials and labor costs have been rising throughout various industries, including food. So far, grocery stores and food producers, like most other industries, have passed along much of inflation’s impact to consumers.

The average price of a used vehicle in the United States in November, according to Edmunds.com, was $29,011. And for the first time that anyone can recall, more than half of America’s households have less income than is considered necessary to buy the average-priced used vehicle. 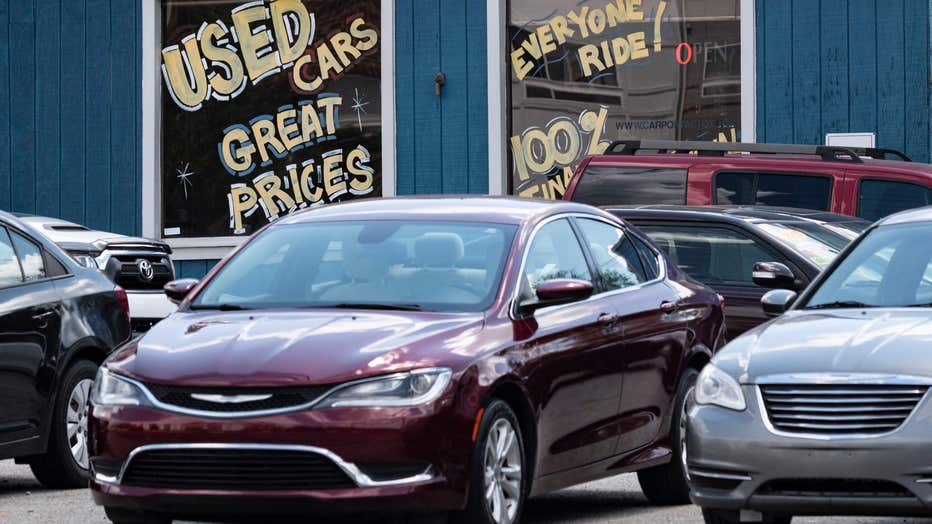 A used car dealership is seen in Laurel, Maryland on May 27, 2021, (Photo by JIM WATSON/AFP via Getty Images)

It all goes back to the start of the pandemic in March 2020. Auto plants halted production to try to slow the virus’ spread. As sales of new vehicles sank, fewer people traded in used cars and trucks. At the same time, demand for laptops and monitors from people stuck at home led semiconductor makers to shift production from autos, which depend on such chips, to consumer electronics.

Although new vehicles didn’t skyrocket nearly as much as used, they’re still up 12.5% over a year ago.

Other big increases include:

How long will inflation last?

Elevated consumer price inflation could last as long as companies struggle to keep up with consumers’ demand for goods and services. A recovering job market — employers added a record 6.7 million jobs last year and are adding 560,000 a month so far this year — means that Americans as a whole can continue to splurge on everything from lawn furniture to electronics. 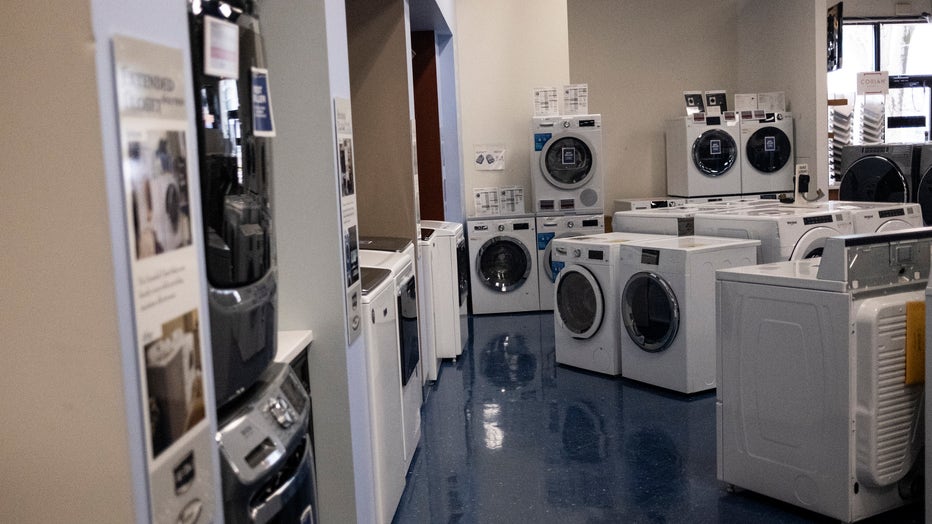 Many economists foresee inflation staying well above the Fed’s 2% annual target this year. But relief from higher prices might be coming. Jammed-up supply chains are beginning to show some signs of improvement, at least in some industries.

The Fed’s pivot away from easy-money policies toward an anti-inflationary policy could eventually reduce consumer demand. There will be no repeat of last year’s COVID relief checks from Washington. Inflation itself is eroding purchasing power and might force some consumers to shave spending.

At the same time, new COVID variants could cloud the outlook — either by causing outbreaks that force factories and ports to close and disrupt supply chains even more or by keeping people home and reducing demand for goods.