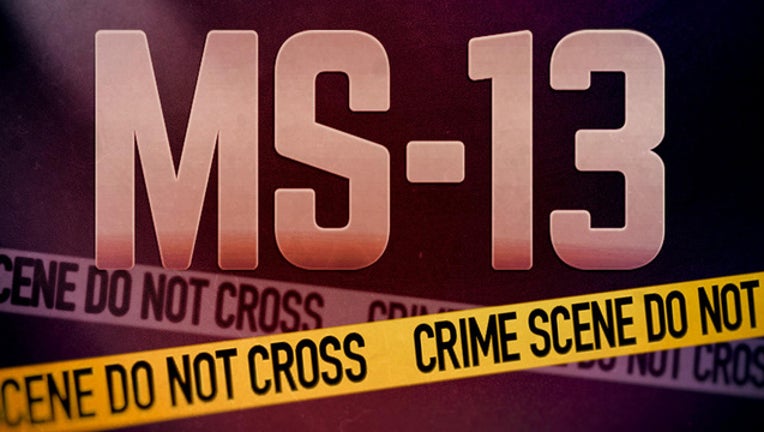 LOS ANGELES (AP) — Members and associates of the MS-13 gang committed seven murders including several in which victims were hacked to death with machetes in a Southern California forest, according to a federal indictment released Tuesday.

The indictment by the U.S. Attorney's Office in Los Angeles charges 22 people linked to a subset of the gang known as the Fulton clique.

They are suspected of nearly 200 crimes in several states over nine years, the indictment said.

In one case a member of a rival gang who had been believed to have defaced MS-13 graffiti was targeted, authorities said.

The indictment alleges that on March 6, 2017, the rival was abducted, choked and driven to a remote area of the Angeles National Forest where six people dismembered him with a machete and threw the body parts into a canyon after one cut the heart out of the body.

Six killings were committed by gang members hoping to gain entry into or advance within the clique's ranks, according to the indictment.

"We have now taken off the streets nearly two dozen people associated with the most violent arm of MS-13 in Los Angeles," said Nick Hanna, the U.S. attorney in Los Angeles.

Sixteen of the 22 people indicted are charged in connection with those six slayings, which officials called so "heinous, cruel or depraved" that the defendants are eligible for the death penalty. Prosecutors have not said whether they intend to seek capital punishment.

All 22 of the alleged MS-13 members and associates are in custody. Eighteen had been apprehended over the last year on a range of federal and state charges, authorities said. Three were arrested in recent days in the Los Angeles area by a task force that included FBI agents, Los Angeles police officers and Los Angeles County sheriff's deputies. Another alleged MS-13 affiliate was arrested over the weekend in Oklahoma.

MS-13, or La Mara Salvatrucha, was formed in Los Angeles in the 1980s by refugees from El Salvador and is linked to many slayings in certain parts of the U.S. In California, the gang has clashed with rival Nortenos gang members.

President Donald Trump has singled out the MS-13 gang as a threat to the U.S. and blames weak border enforcement for the group's crimes. But many gang members were born in the U.S.