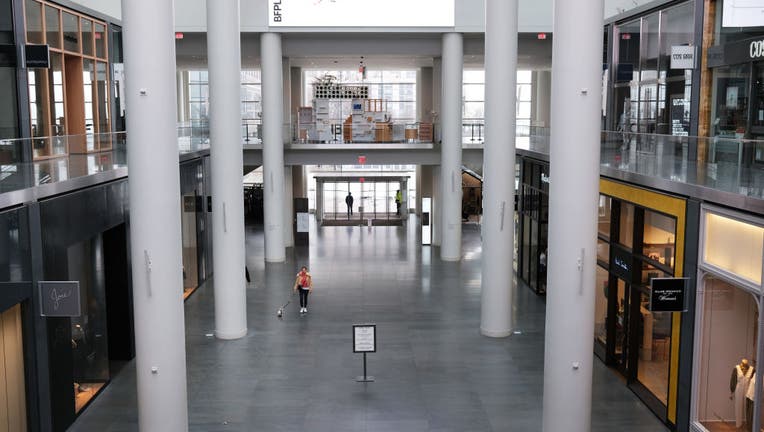 As an uneasy March unspooled, as coronavirus dread descended upon the United States, it became commonplace — and, for public figures, quite practical — to point out how, unlike most major events in the 21st century, this was an unusually communal moment.

There is power and authority in invoking shared experience, whether it comes from the president (“We are all in this together”), the governor of New York (“Nobody’s alone. We are all in the same situation”) or a random Pittsburgh disc jockey (“Everybody’s in the same boat”).

Even while at odds, Americans crave shared experiences — an understandable yearning for a nation quilted together from an unlikely patchwork of backgrounds, traditions and beliefs. And shared adversity can unite people.

But as it unfolds before us, is this period actually that increasingly rare of things — a genuinely shared American experience, a touchpoint that touches all? In an age of fragmentation, what might that mean?

It’s hardly news that many facets of American life have splintered in recent years — not only politically, but in an on-demand culture swimming in social-media echo chambers, endless news sources and confirmation biases around every corner.

Tens of millions of Americans are facing the same thing, yet in entirely different ways, and deliberately avoiding each other in the process. The unity that comes in the togetherness part of shared experience — as when so many people congregated in their own communities after 9/11 to mourn — is, for many, entirely absent. It’s a paradox: We, if a “we” is even possible in such a diverse republic, are experiencing this together — separately.

“What we’ve got is a situation where we’re supposed to physically isolate, but we’re socially, electronically connected in dramatically new ways,” says Daniel F. Chambliss, a sociologist at Hamilton College in upstate New York. “The trick is, are they actually thinking of things in the same way?”

Almost certainly not, at least not yet. There is evidence so far — both philosophical and practical — that these disruptive times are not a mass uniter.

As of this weekend, cars with New York plates were being stopped in Rhode Island and their occupants directed into quarantine — hardly a we’re-all-just-Americans moment. Some Midwesterners are upset that the coasts aren’t isolating enough. In Pennsylvania, the less-affected west looks at the turnpike that crosses the state and wonders what's headed its way.

And that’s only geography. Economic stress, too, dictates whether an experience is shared: Those isolating on a one-acre suburban property are facing different days than their fellow Americans in low-income housing or 40-story apartment buildings. For the homeless, living out a “quarantine” on the street is hardly a unifying moment.

The shared experience is not on the same timeline, either. The saga is unfolding in very different stages in New York City than in Middlesboro, Kentucky or Coeur d’Alene, Idaho, which interrupts shared experience even if self-isolation connects them.

At its heart, all this is supposed to be a feature of the United States, not a bug. There has always been a push-pull between regional and national. The notion of local and state identity coexisting with overall Americanness was explicitly baked into the country’s founding documents.

That endured for decades as TV carried the nation through the Kennedy assassination, the Vietnam War and the Iranian hostage crisis of 1979-81. Dominant voices like Walter Cronkite’s gave Americans a “that’s the way it is” sensibility even as many were having vastly different experiences.

Today, though, a media illusion of togetherness — while comforting and useful in many instances — tends to group Americans more by specific experiences and political outlooks than by geography or an overall sense of national purpose.

“You’re seeing local experiences where this is affecting `my community,’ but nationally my impression is that this is not something that is bringing us together as Americans living through this. Maybe in two weeks,” says Jennifer Talarico, a psychology professor at Lafayette College in Easton, Pa., who studies personal experiences of watershed public events.

The “my people” part of that is dicey. Americans have always been drawn to single narratives; in some ways, this nation exists only because it told the story of its existence in its founding documents. In reality, though, there are just about as many storylines as there are Americans.

Italian novelist Francesca Melandri, in isolation in Rome after her nation’s outbreak, published a letter in The Guardian on Friday aimed at fellow Europeans “from your future.” It might as well have been written to Americans, too.

“We are now where you will be in a few days,” she wrote. “That boat in which you’ll be sailing in order to defeat the epidemic will not look the same to everyone, nor is it actually the same for everyone: It never was.”

Perhaps, then, it is a paradox. For Americans, maybe the shared experience is realizing as this washes over us that while it may feel we’re in similar straits, in fact this is a moment that is experienced differently depending on the eyes that see it.

The question, though, is whether that’s useful in a moment that — just like everything about this 21st-century world — is a strange and surreal collection of fragments that resist real understanding.

Consider the words of Edna Register Boone of Mobile, Ala., who was 11 when the influenza pandemic hit as World War I was ending. She remembered those days in an oral history given to Alabama Public Health before she died in 2011.

“It brought families closer together. It brought our little town closer together because we all suffered losses, one way or the other,” she said. “We were like a great big family, you might say.”

That was 1918, when an American mass culture was just beginning to emerge. Today, substitute “nation” for “our little town” and you'll see one place where the United States could end up by the time the first frost of autumn arrives.

“You look at communities that have experienced disasters. And they change. They change the ways that they have of communicating with each other,” says Kate Yurgil, an expert on disaster and trauma at Loyola University New Orleans.

“It builds the community in ways that future disasters don’t necessarily have the same catastrophic effect on them,” she says. “This is an opportunity for us to connect with each other.”

Ted Anthony, director of digital innovation for The Associated Press, has been writing about American culture since 1990. Follow him on Twitter at http://twitter.com/anthonyted