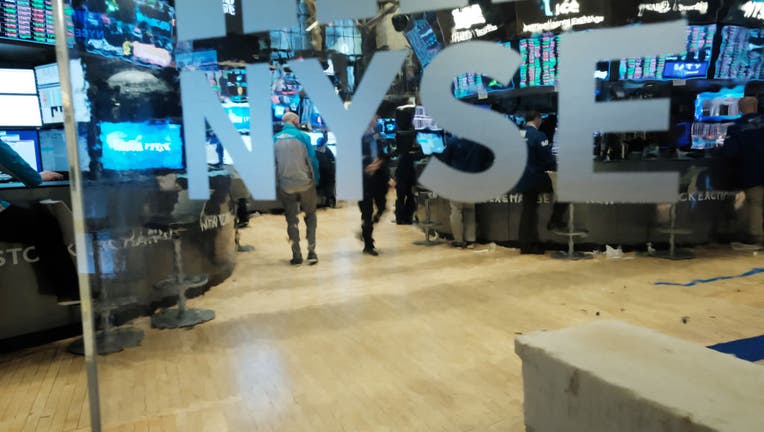 Traders work on the floor of the New York Stock Exchange (NYSE) on March 20, 2020 in New York City. (Photo by Spencer Platt/Getty Images)

WASHINGTON (AP) — The head of the International Monetary Fund said Friday it is clear that the global economy has now entered a recession that could be as bad or worse than the 2009 downturn.

IMF Managing Director Kristalina Georgieva said the 189-nation lending agency was forecasting a recovery in 2021, saying it could be a “sizable rebound.” But she said this would only occur if nations succeed in containing the coronavirus and limiting the economic damage.

“A key concern about a long-lasting impact of the sudden stop of the world economy is the risk of a wave of bankruptcies and layoffs that not only can undermine the recovery but erode the fabric of our societies,” she told reporters at a news conference following a telephone conference with finance officials from the 24 nations that make up the IMF’s policy-setting panel.

She said the IMF was updating its economic outlook now and it would be released in a few weeks, allowing the agency more time to assess the economic impacts of the virus.

Asked if the United States was now in recession, she noted that Federal Reserve Chairman Jerome Powell had said Thursday that America “ may well be in a recession.” She said she believed not only the United States but many other advanced economies and a number of developing countries had already entered downturns.

Georgieva said lower income countries were being hit hard by the spreading coronavirus, with 81 nations now seeking support from an IMF emergency financing program being used to provide aid.

She announced that Kyrgyzstan would receive the first IMF support package of $120.9 million to deal with adverse effects of the virus.

She repeated a pledge that the IMF stood ready to make all $1 trillion of its lending resources available to countries being hit by the virus.

“We have seen an extraordinary spike in requests for IMF emergency financing,” Georgieva said. “We are being asked by our members to do more, do it better and do it faster than ever before.”

She said to meet the increased demand she would seek to double the emergency financing program and simplify the procedures countries will have to go through to obtain IMF support. She said the IMF was also looking for ways to expand its current lending facilities to provide more help to countries.

She said she planned to discuss these issues with the IMF’s executive board with the goal of putting together a package of reforms that could be presented at the IMF’s spring meetings in mid-April. Because of the virus, the spring meetings of both the IMF and its sister lending organization, the World Bank, will be virtual this year instead of meetings in Washington.

“IMF efforts that start to offer debt relief to the poorest countries and that increase financing to help prevent a global financial crisis are really positive and needed steps,” said Eric LeCompte, the executive director Jubilee USA, a group that campaigns for increased assistance for low income countries.