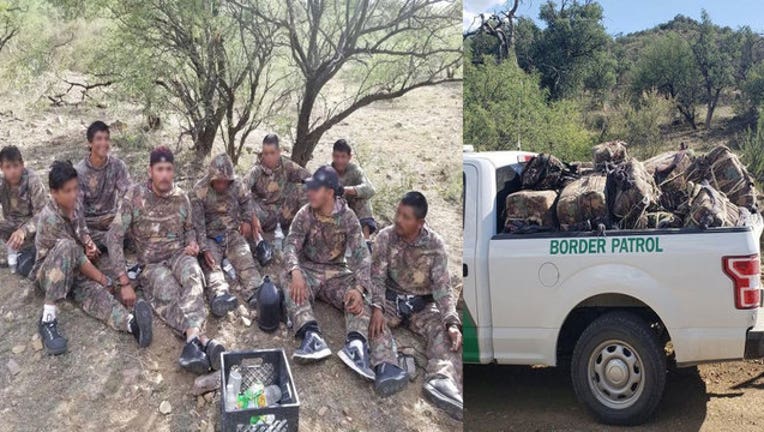 U.S. Border Patrol agents say they seized over 820 pounds of marijuana and arrested 11 illegal aliens in a remote, mountainous canyon In Arizona.

Tucson Sector Border Patrol agents were alerted to a group wearing camouflage and carrying bundles of marijuana in the mountains west of Nogales.

Assisted by an Air and Marine Operations helicopter, the border patrol agents found the men.  They say they discovered 36 bundles of marijuana hidden nearby, weighing approximately 820 pounds.

The Honduran, Guatemalan, and Mexicans, ranging in age from 15 to 38 years old, face federal immigration and drug smuggling charges.

Records checks revealed that a 25-year-old Guatemalan in the group, Mario Felipe-Perez, has an active warrant in Marion County, Oregon, for burglary, domestic violence assault, and contempt of court.

Perez is awaiting extradition to Oregon.