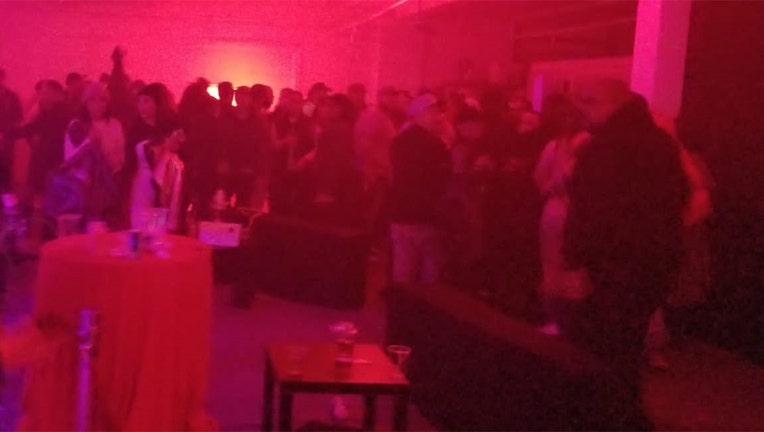 NEW YORK - Authorities in New York raided what was described as an illegal fight club in the Bronx.

The New York City Sheriffs Department says that deputies went into a warehouse on Coster St. hosting "Rumble in the Bronx" at about 11:15 p.m.

They found more than 200 people inside, a violation of emergency orders limiting crowd sizes.

Ten organizers were cited for holding illegal combat, operating without a liquor license, and other charges.  Sheriff's deputies say they also found loaded guns in the club.

The underground fight club Rumble in the Bronx was founded by a man who goes by the name Killa Mike.  It even has a YouTube page showing fights.

A video uploaded over the weekend showed people packed in around the ring with no one wearing masks.  It was unclear if it was from the night the event was raided.