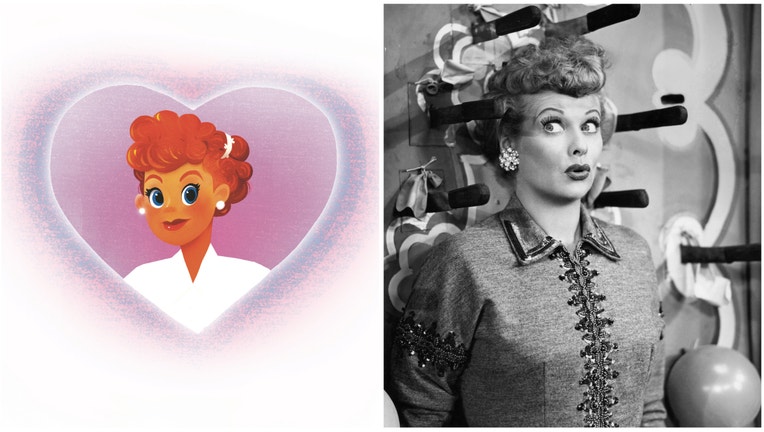 NORWICH, U.K. - NORWICH, U.K. — It has been over 70 years since Lucille Ball changed the TV landscape, and her long road to stardom is now being told to a new, pint-sized audience.

Aimed at preschoolers, "Lucille Ball: A Little Golden Book Biography" (available in bookstores everywhere now) chronicles the trailblazing story of how Ball went from living in Jamestown, New York during the Depression to become television’s Queen of Comedy.

RELATED: Before ‘Lucy,’ Lucille Ball vamped it up in this noir thriller

"I Love Lucy" was first beamed into living rooms on Oct. 15, 1951, and quickly took the CBS Monday night line-up by storm. Stores changed their opening hours to accommodate, and telephone calls and water usage dropped sharply during that half-hour slot.

In the streaming era, it’s hard to imagine this level of mass engagement. You would be hard-pressed to describe the future television landscape to the "I Love Lucy" creative team, even though they envisioned a format that didn’t exist yet — and made it work. 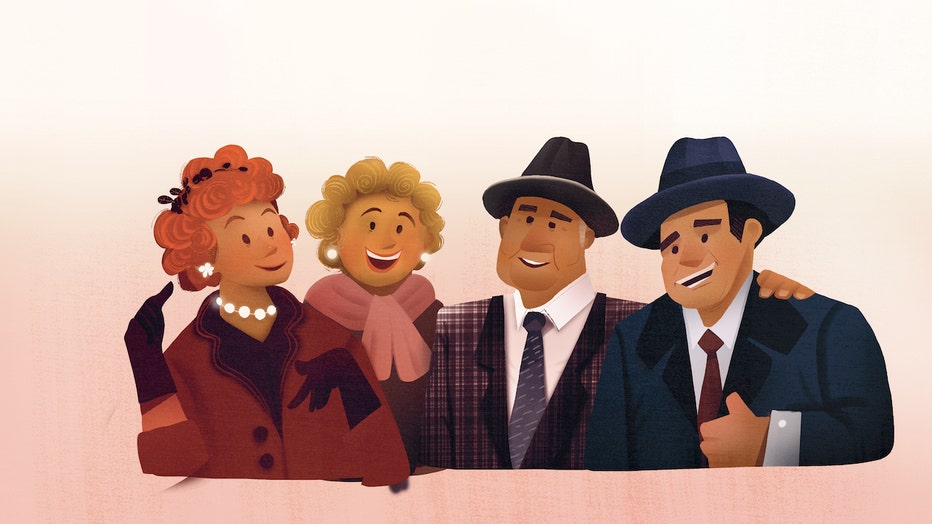 Ball and husband Desi Arnaz’s production company, Desilu, would eventually expand into a dominant TV force, and its influence can still be felt today. (And not just in sitcom-land: It’s worth noting that Ball greenlit both "Star Trek" and "Mission: Impossible.")

WATCH FREE ON TUBI: The iconic documentary "Trekkies" — get the app

"Such national devotion to one show can never happen again; there are too many shows, on many more channels, now," wrote Ball in her memoir "Love, Lucy" about television in the 1960s. Oh, to be able to explain the notion of Peak TV to the woman who started it all.

In 1951, it was also unprecedented to see an American woman and her Cuban-born husband playing a couple on-screen — even if they were actually married in real life. Across six seasons totaling 180 episodes (and an additional 13 episodes of "The Lucy-Desi Comedy Hour"), Ball and Arnaz starred as Lucy and Ricky Ricardo, and everything their real-life counterparts touched turned to gold.

Official merch from Little Ricky dolls — celebrating the birth of the Ricardos’ son — to pajama sets matching the stars’ on-screen nighttime attire (remember, separate beds!) were available for purchase while the sitcom was originally on the air. Today, commemorative Barbies, a recipe book and board games, to name just a few such items, are still up for grabs. It’s a testament to the enduring legacy of the show, which is in turn a testament to the pair’s strategic thinking. A big part of what cemented the Desilu legacy was Arnaz's creative decision to shoot on film (rather than the inferior kinescope camera) and maintain the show’s rights. 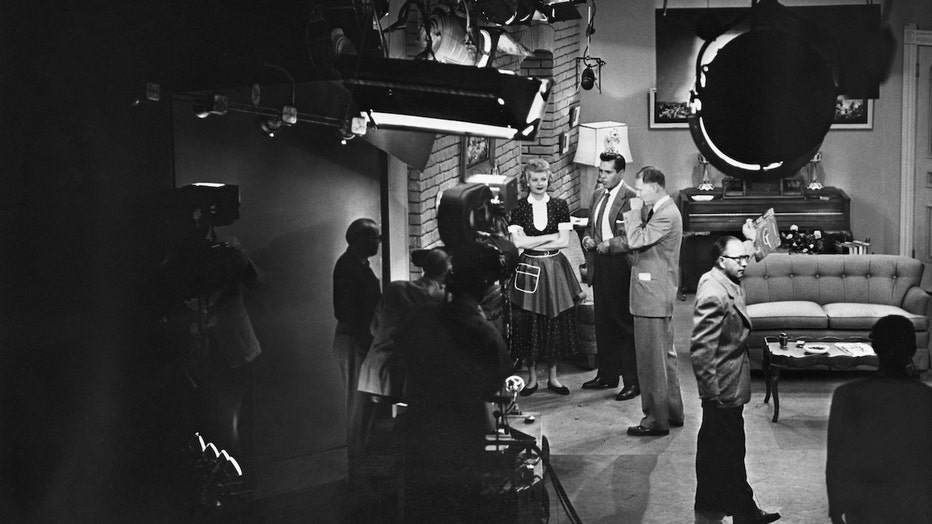 In fact, Arnaz effectively invented the rerun, thanks to business savvy and the desire for an aesthetically pleasing product. It’s why episodes of "I Love Lucy" ran on CBS for decades before landing on Nick at Nite, DVD and (today) streaming on Paramount+ and Hulu. New generations keep discovering why audiences fell head over heels in the 1950s. Sure, some elements and dynamics are outdated, but there is no denying how funny Ball and the rest of the cast are — particularly when it comes to physical comedy.

WATCH FREE ON TUBI: "Funny World of Lucy: The Early Years" — get the app 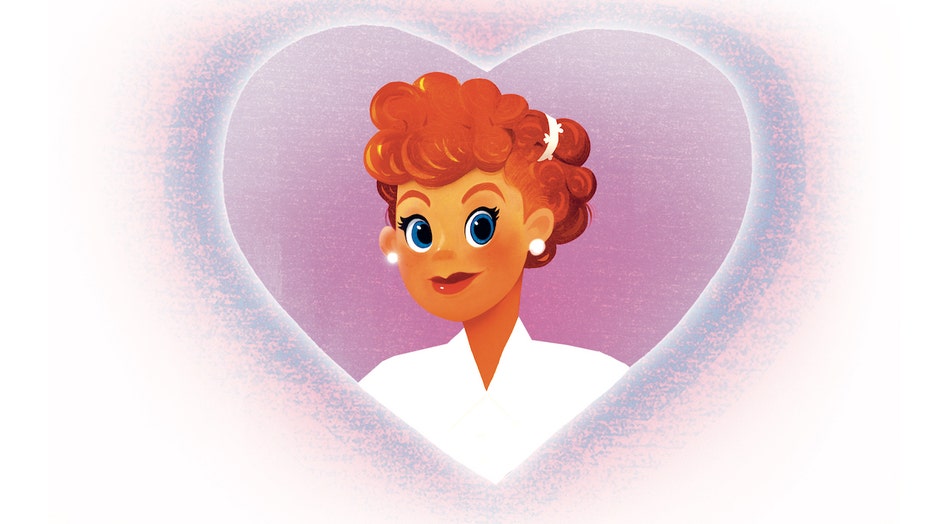 Countless memoirs and biographies are dedicated to Ball and Arnaz, as well as the creative team that paved the way for all television sitcoms. That’s hardly surprising when you factor in the mix of triumphs and turbulence that are ready-made for Hollywood attention.

Over the last year, Nicole Kidman received an Oscar nomination for playing Ball in "Being the Ricardos," while Amy Poehler’s documentary "Lucy and Desi" recently won two Emmys. Suffice it to say, the entwined personal and professional aspects of Ball’s long career still resonate in 2022.

That enduring legacy is also why Ball is the ideal subject for a "Little Golden Book Biography." The illustrated series profiles influential artists, politicians and actors; fellow comedians — and Ball’s IRL friends — Carol Burnett (coming 2023) and Betty White are also featured in the beloved collection.

WATCH FREE ON TUBI: "The Carol Burnett Show" — get the app 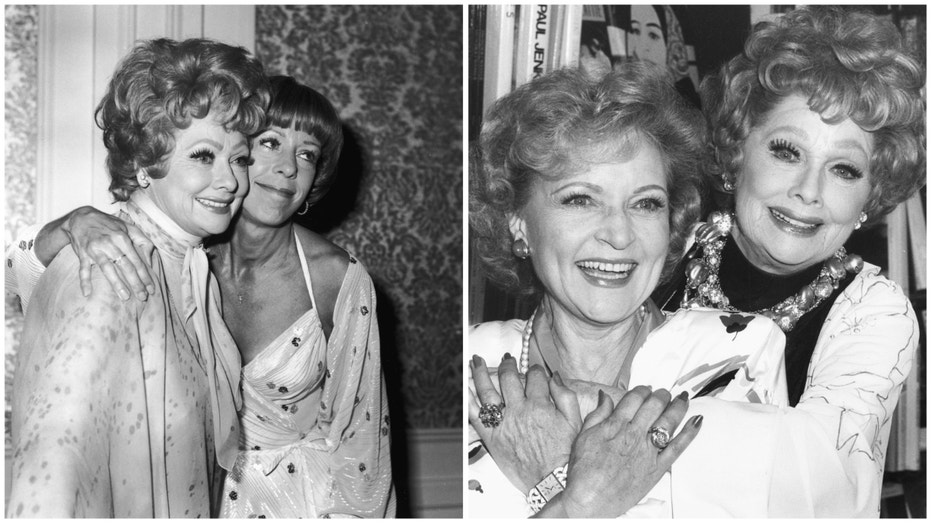 The "Little Golden Book Biography" series encourages its young readers to dream big and persevere, something Ball embodies through her long journey to stardom. Never giving up is at the heart of this "Little Golden Book " story, including the fact that Ball only lasted one term at the same drama school as Bette Davis. Someone advised Ball’s mother that her daughter lacked talent and that she should bring Lucy home and save her money, which is quite the burn. The future star returned to New York City, where a job modeling at Hattie Carnegie’s famous clothing salon taught her how to fine-tune her physicality — and wear the most luxurious gowns. 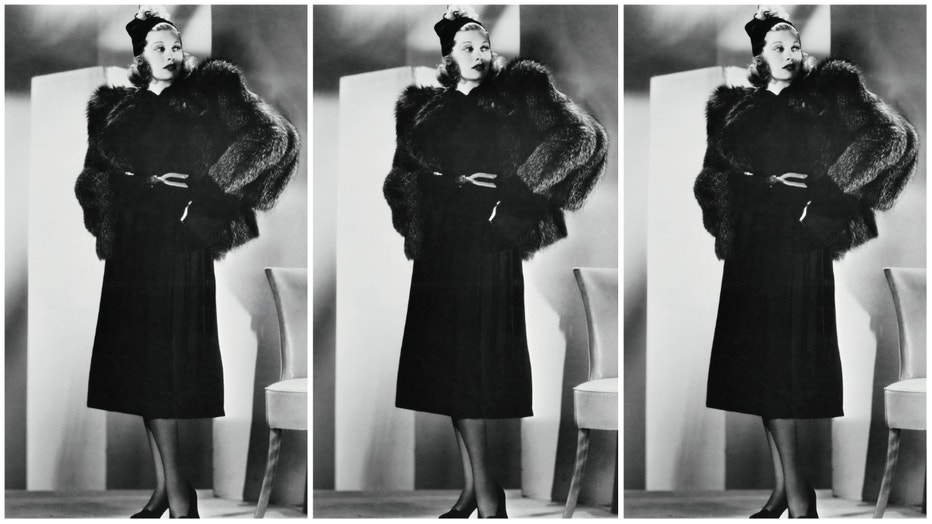 A picture of Lucille Ball that was taken the time she was a dress model for the fashionable Hattie Carnegie in New York. (Photo by George Rinhart/Corbis via Getty Images)

WATCH FREE ON TUBI: "Funny World of Lucy: The Later Years" — get the app

In the Golden Age of Hollywood, getting noticed was the first step to stardom, the big moment that would vault a person into the studio era grind. But Ball’s career didn’t follow the same movie star path as her (brief) classmate Davis; instead she became known as the "Queen of the Bs" (a.k.a. B-movies) during her time at RKO Pictures. That’s better than no title at all, of course, but Ball was destined for bigger things — including buying RKO’s production facilities in 1957.

But first, a co-star would snare her attention. A fiery love story contributes to Ball’s appeal, as there is no denying the heat emanating from her partnership with Arnaz. Both were cast in the musical comedy "Too Many Girls" in 1940, which lit the romantic fuse. While the children’s book unsurprisingly doesn’t go into details about their marital roller-coaster, it does emphasize the significance of their union and how it ultimately led to "I Love Lucy" after more than a decade of marriage.

WATCH FREE ON TUBI: "The Lucy-Desi Milton Berle Special" — get the app

As Poehler details in her 2022 documentary, "I Love Lucy" laid the foundation for the rupture and repair format of every sitcom that has followed — one of the greatest lasting legacies of this Hollywood power couple. Sure, the behind-the-scenes friction and passion are part of the fascination — as is the fact that the exes remained on good terms until Arnaz’s death in 1986. Scandal always entices, but the work also speaks volumes.

What’s great about the "Little Golden Biography" is that it also acts as a brief entertainment history. In explaining how "I Love Lucy" came to be, it offers a slice of the early days of television. Yes, parents can pull out their phones to show their children clips of some of the defining Lucy Ricardo scenes, but this illustrated story offers a different kind of snapshot of the pioneers at work. The book references the Vitameatavegamin commercial, stomping the grapes and the candy factory sequence with Ethel (Vivian Vance). 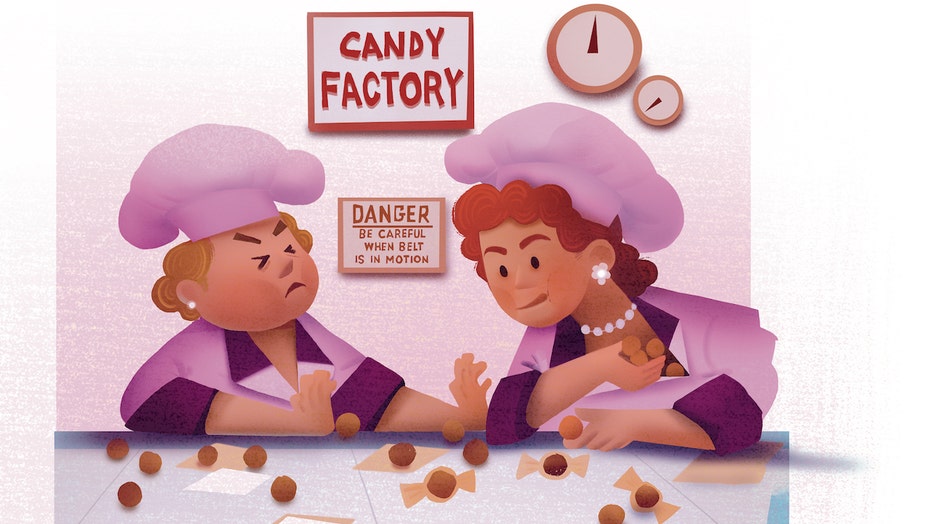 These landmark moments are as funny now as when they first aired. And along with this "Little Golden Biography," they stand ready to remind us why we all love Lucy.

About the writer: Emma Fraser is a freelance culture writer with a focus on TV, movies and costume design. She has contributed to Elle, The Daily Beast, IGN, Vulture, The Cut, Thrillist, Little White Lies and more. Follow her on Twitter and Instagram: @frazbelina.

For different side of Lucy: "Lured," streaming free on Tubi

Lured (1947): For a whole new side of Lucille Ball, check out this 1947 noir in which she plays an American dancer who gets called in by Scotland Yard to help them solve a case involving a serial killer targeting lonely women, then read Emma Fraser’s excellent analysis of "Lured" and Lucy’s early years of stardom. Rated TV-PG. 102 minutes. Dir: Douglas Sirk. Also featuring George Sanders, Boris Karloff and Charles Coburn.

"Lured" is streaming free on Tubi — get the app