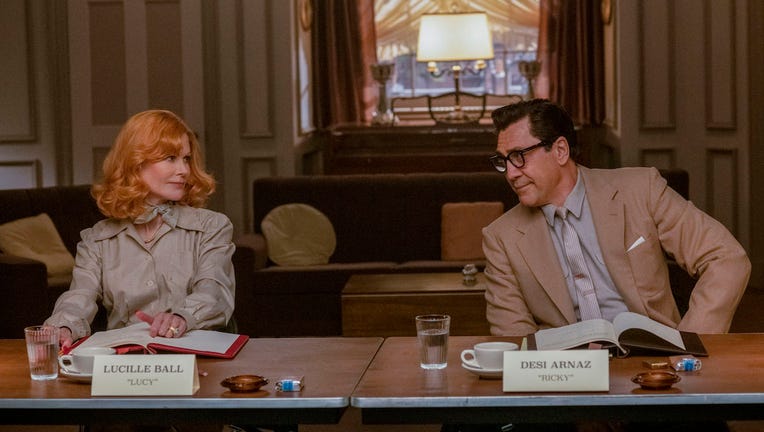 CHICAGO - Thanks to projects like "The West Wing" and "The Trial of the Chicago 7," Aaron Sorkin has sometimes been deemed a master of socio-political commentary. But the mile-a-minute wordsmith’s true skill is writing people who love each other while they’re having a fight.

That makes Sorkin a perfect match for a behind-the-scenes show business drama about Lucille Ball (Nicole Kidman), Desi Arnaz (Javier Bardem) and the week from hell they experienced on their groundbreaking sitcom "I Love Lucy."

"Being The Ricardos" returns Sorkin to the interest in TV production that successfully fueled his late ’90s sitcom "Sports Night" and (less successfully) his dramas "Studio 60 on the Sunset Strip" and "The Newsroom." Here he takes everything he’s learned across 20+ years of writing workplace dramas and fuels them into a sparky, spiky, bittersweet feature-length story that’s at once big in scale, small in focus and steeped in the rhythms of Sorkin’s best work.

About "Being The Ricardos": TV legends come to life

To address the elephant in the room: The fact that Kidman and Bardem don’t really look anything like the famous figures they’re playing actually winds up working in the film’s favor. It becomes a meta reminder that the Lucy and Ricky we know from their TV marriage were very different from who Ball and Arnaz were as real-life people.

When asked, Kidman can turn on a shockingly great impression of the high-pitched voice and exaggerated mannerisms that define Lucy Ricardo. But "Being The Ricardos" drills home the idea that Ball’s ditzy housewife persona was a far cry from the savvy businesswoman and talented comedic actress she was in real life.

WATCH: "Funny World of Lucy, the Early Years - the Rise of Her Career Up to "I Love Lucy""

In fact, Sorkin’s take on Lucy is one of the best female characters he’s written in years, precisely because he seems to identify so personally with a demanding perfectionist who’ll run herself and everyone else ragged in service of making art the best that it can be. Sorkin and Kidman’s Lucy is someone who dreams of the perfect work-life balance, yet isn’t particularly interested in sacrificing the professional for the personal. 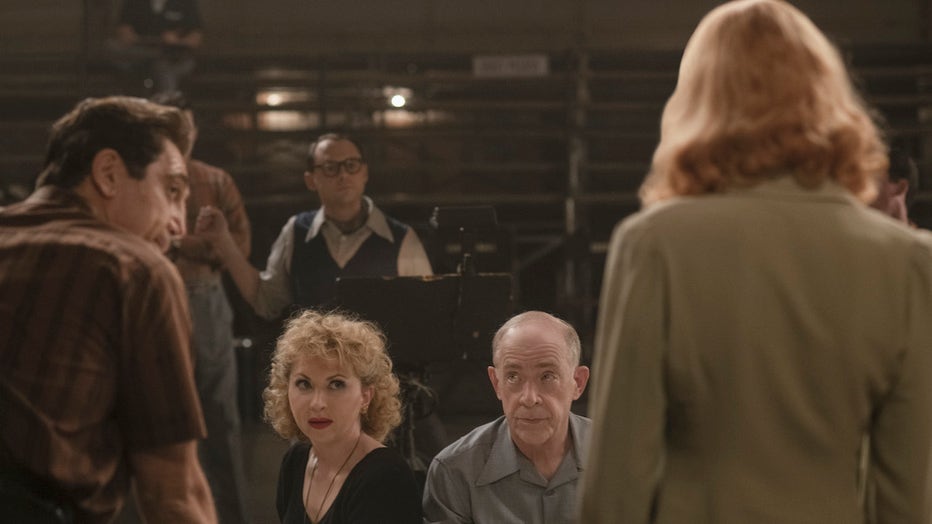 It’s those two sides that collide in the chaotic week that sits at the center of "Being The Ricardos," as the "I Love Lucy" crew prepare for their weekly Friday taping. Most pressing is a blind item that links Lucy to the Communist Party at the height of the Red Scare, and could end her entire sky-high career in one fell swoop if the news breaks.

WATCH: "Funny World of Lucy, the Later Years - "I Love Lucy" to the End of Her Career"

But there are other problems too: Lucy’s least favorite director is helming that week’s episode; Vivian Vance (a stellar Nina Arianda) is crumbling under the pressure of being typecast as dowdy Ethel Mertz; the writers learn they’ll have to scramble to accommodate a real-world change in Lucy’s life; and a tabloid article accuses Desi of regularly cheating on his wife.

See "Being The Ricardos" for: Its top-tier writing and stellar cast

It’s not until the film’s endpoint that it finally becomes clear which one of those things are minor bumps in the road and which are game-changing calamities—mostly because the characters themselves don’t always seem to know. In a high-pressure environment filled with a tight-knit group of friends, one can often feel like the other.

And Sorkin’s writing is never better than when he’s letting characters gnaw away at one problem only to reveal it’s actually something else that’s been bothering them all along.

"That week it was like her life depended on whether a joke was a B or B+," one character notes of Lucy’s near manic obsession with perfecting the show’s comedy. It’s an observation that’s part of a documentary-style framing device that allows "Being The Ricardos" to explore the legacy of "I Love Lucy" from a more contemporary point of view, and also justifies flashbacks to various points from throughout Lucy and Desi’s life.

It’s one of Sorkin’s showier directorial flourishes, along with moments where someone pitches a joke and Lucy sees it play out in black and white as it would on the show—meticulously adjusting the timing in her head until she’s maximized the laughs she can wring from a live studio audience with her phenomenal understanding of physical comedy.

For the most part, however, Sorkin is content to let his actors and screenplay be the star of the show in this otherwise serviceably directed feature. "Being The Ricardos" often feels as much like a play as a movie, but with performers and writing this good, that’s more than enough.

Bardem has charisma for days and a lovely singing voice to boot as Desi, while J.K. Simmons makes for an endearingly grumpy William Frawley (a.k.a. Fred Mertz). Also reliably great are Tony Hale, Alia Shawkat and Jake Lacy as the beleaguered writing staff trying to keep up with their stars’ high standards. 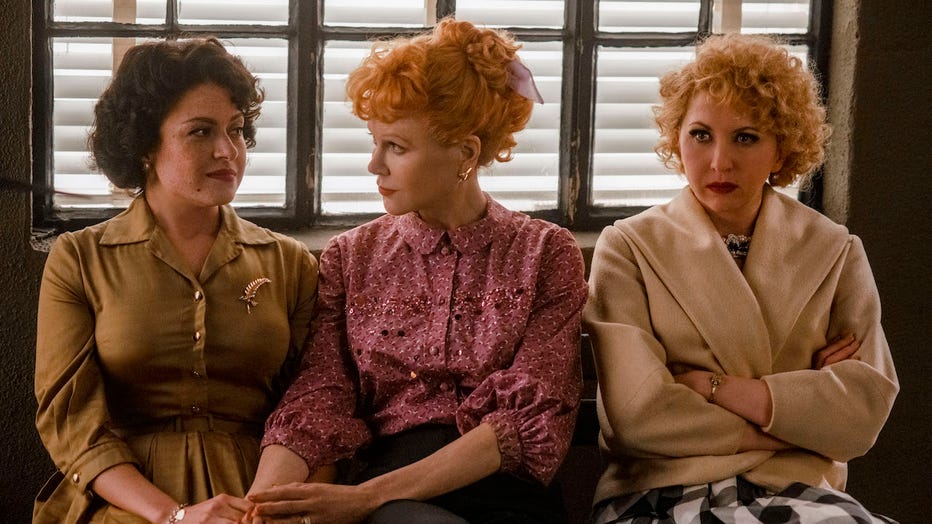 The whole ensemble perfectly conveys the love-hate relationships that fuel the "co-workers as family" dynamics of a long-running TV show, especially one where the two leads are literally a married couple.

Indeed, above all, "Being the Ricardos" is interested in the contrast between the picture-perfect family Lucy and Desi played onscreen and the more complicated realities behind the scenes. If Sorkin is sometimes a little overeager to cram in as much biographical detail as possible, those tidbits at least feed into the film’s wide-ranging thematic interest in partnership, ego, perfectionism and sacrifice; themes that feel as personal to Sorkin as anything he’s ever written.

By the time "Being the Ricardos" reaches its dual climaxes—one triumphant and one melancholy—the film has revealed itself as the sort of narrative sleight of hand that only Sorkin can deliver. The joy of showbiz success often comes with a bittersweet cost. And "Being the Ricardos" knows there’s a fine line between laughing and crying.

Lured (1947): For a whole new side of Lucille Ball, check out this 1947 noir in which she plays an American dancer who gets called in by Scotland Yard to help them solve a case involving a serial killer targeting lonely women. Rated TV-PG. 102 minutes. Dir: Douglas Sirk. Also featuring: George Sanders, Boris Karloff and Charles Coburn.

The Lucy Show (1962): In her follow-up to "I Love Lucy," Ball plays a widow with two children who moves into a house with her divorced best friend. TV-G. Also featuring: Gale Gordon and Vivian Vance.