Tony Aversa, a bartender and manager at 710 Beach Club in Pacific Beach, San Diego, said that a couple of patrons, who were not wearing masks, were arguing to be let into the bar on Sept. 5. The doorman refused to let them in due to San Diego’s coronavirus restaurant regulations requiring that patrons wear facial coverings.

Aversa was asked to help de-escalate the situation, when a person from the group came running toward him, blindsiding him. Aversa said he was sucker-punched in the face, and the attack was caught on video. 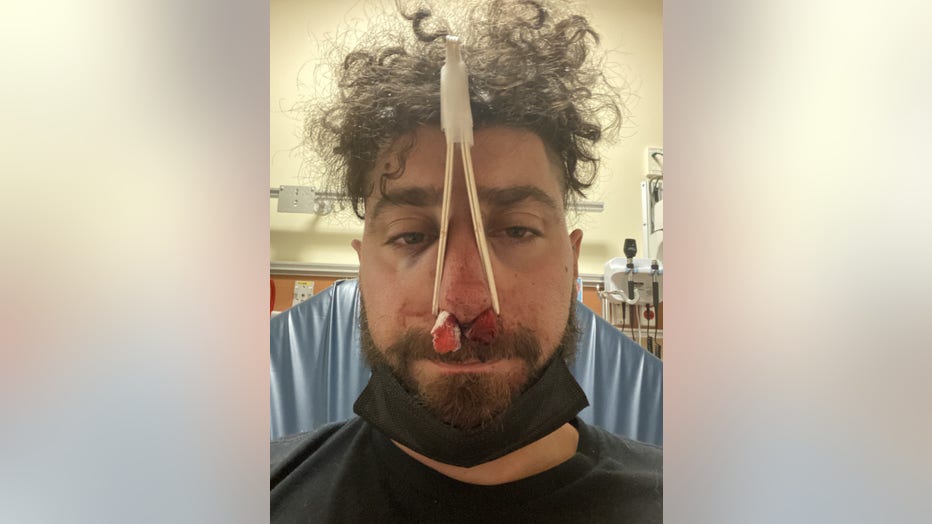 “I immediately knew my nose was broken,” Aversa said. “I could hear it pop. I kind of went black for a second. I immediately felt blood gushing out of my nose all over the cement, all over my hands.”

According to bystanders, the man who attacked Aversa got into a car and left the scene. Police are still searching for the man and describe him as 6'2", 260 pounds with curly brown hair. 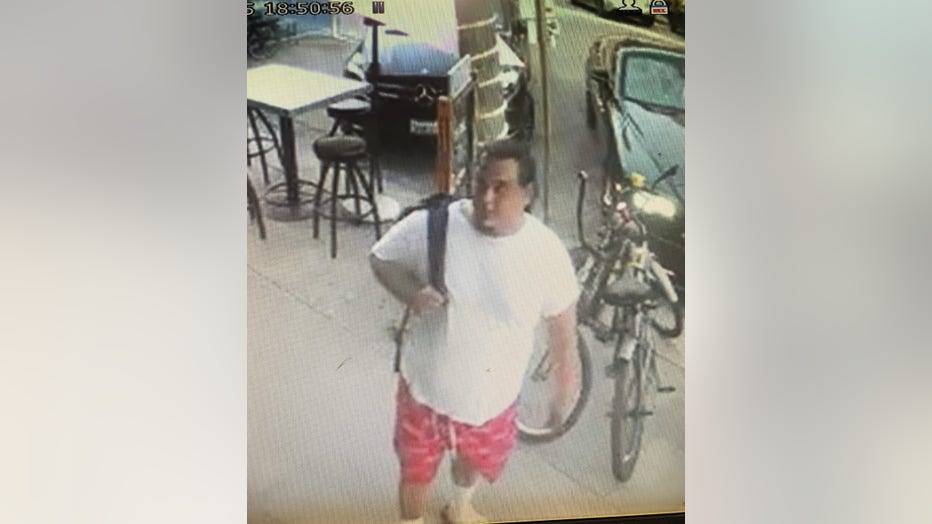 Police are still searching for the man who attacked Aversa

Police arrived on the scene quickly, and Aversa was sent to the emergency room. He suffered from a collapsed nasal cavity, broken nose and broken sinus cavity in his cheek. He is scheduled to see a surgeon Tuesday.

Aversa said he had to miss work to recover, and when it’s all said and done he will be out of work for about a month.

Aversa said going back to work is a bit worrying. “Definitely now is something that is always going to be on my mind,” Aversa said. “I’ve been in the bar industry for almost a decade at this point, and I’ve seen plenty of bar fights, stuff like that, but as far as a clean completely unknowing sucker-punch, that is the first time something like that has happened to me.”

A bartender in Pacific Beach, San Diego was attacked after he asked patrons to wear masks over the Labor Day weekend.

Aversa said the incidents are happening more often. “It has actually gotten exponentially worse as we’ve been open longer in my opinion,” Aversa said. “As people have gotten comfortable feeling normal again, they’ve started pushing boundaries and challenging rules and I feel like the amount of incidents, complaints and unruly customers kept growing and growing and growing as we’ve been open longer.”

RELATED: ‘Get off the plane’: Passengers scold woman refusing to wear mask on flight

A GoFundMe account has been set up to help Aversa with his medical expenses and living expenses while being out of work.