A judge in Connecticut ordered Fotis Dulos, the estranged husband of a missing mother of five, detained on $6 million bail on new murder and kidnapping charges. The judge told Dulos that cannot have any contact with his children.

CONNECTICUT - Fotis Dulos, the estranged husband of a missing mother of five, was ordered detained on $6 million bail Wednesday on new murder and kidnapping charges and told he cannot have any contact with his children.

Dulos, 52, of Farmington, Connecticut, was arraigned in Stamford Superior Court, along with two other people authorities say helped him cover up the killing of Jennifer Dulos. A judge also ordered him to be placed under house arrest if he manages to post bail, which his attorney expected him to do.

Jennifer Dulos, 50, of New Canaan, has not been seen since she dropped her children off at school on May 24. She and Fotis Dulos were in the middle of contentious divorce and child custody proceedings at the time. 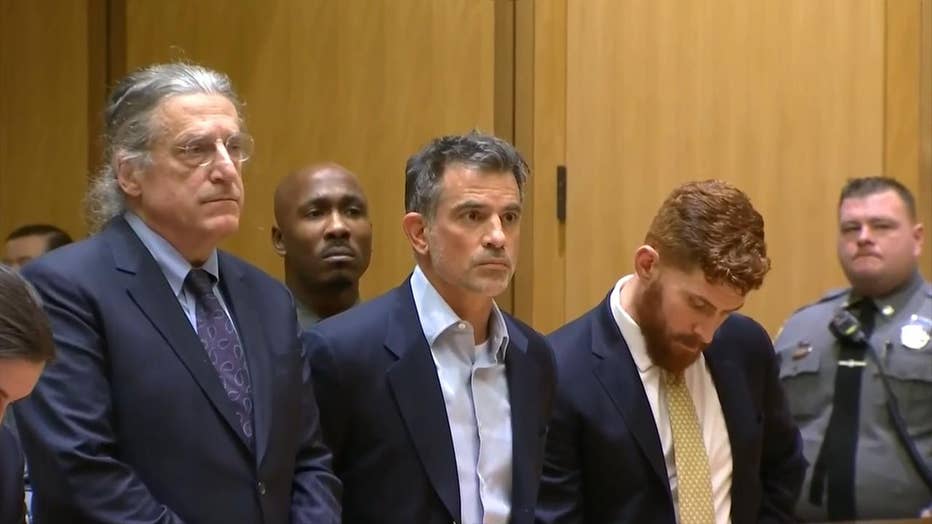 Also arraigned Wednesday were Fotis Dulos' former girlfriend, Michelle Troconis, and his friend, attorney Kent Mawhinney, who are each charged with conspiracy to commit murder. Police accuse them of helping Fotis Dulos cover up the killing, including by drawing up a bogus alibi for him. 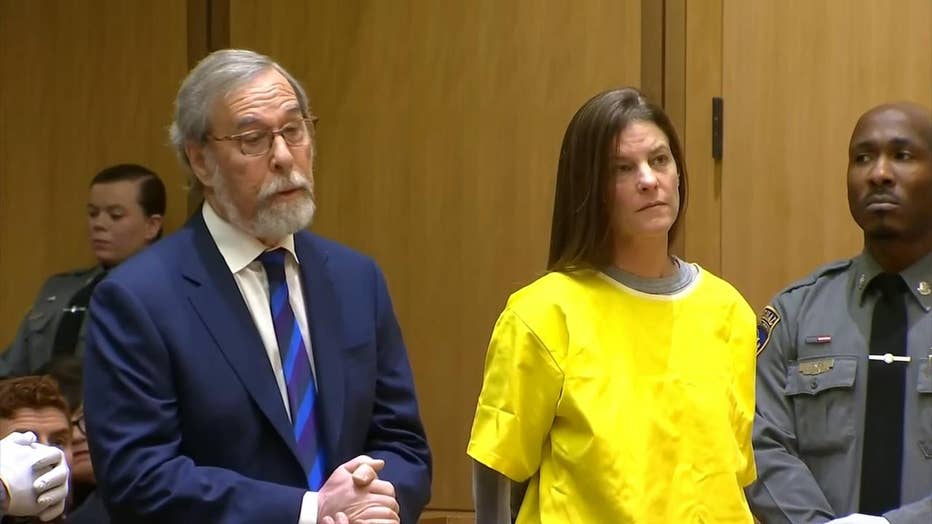 Judge John Blawie set Troconis' bail at $1.5 million and Mawhinney's bail at $2 million. Both were arrested Tuesday after police took Fotis Dulos into custody at his Farmington home. 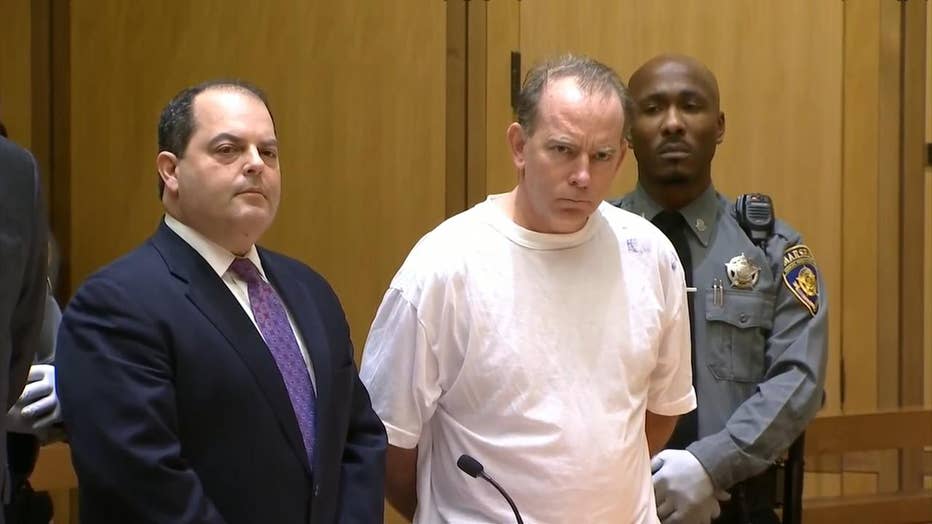 Kent Mawhinney is charged with conspiracy to commit murder in the death of Jennifer Dulos, estranged wife of Fotis Dulos, who went missing in May 2019 in New Canaan, Conn.

Fotis Dulos, who has denied any role in her disappearance, wore a blazer, dress shirt and jeans at the arraignment. His lawyer, Norman Pattis, said prosecutors and police were “groping in the dark and grasping at straws.”

“We very much want to try this case," Pattis said. "Mr. Dulos wants to clear his name.”

In the new arrest warrants released Tuesday, police revealed allegations that Mawhinney's cellphone pinged a tower May 31 near the Windsor Rod & Gun Club, where hunters had found a hole dug into the ground May 18.

The hunters said that the hole was big enough for a human body, and that inside the hole was a tarp and unopened bags of lime, which officials say can be used to cover the smell of dead bodies.

The hole was found covered up in June. Police later dug up the site but did not find anything. Mawhinney's cellphone also pinged a tower near the club in March, police said.

It had been known for months that Fotis Dulos was the prime suspect in his wife's disappearance. He and Troconis were charged with evidence tampering and hindering prosecution in June.

"Justice will be what the jury verdict reflects. From our persepctive, that will be freedom for Fotis."

According to arrest warrants, Fotis Dulos was recorded on surveillance video in Hartford, with Troconis riding with him in a pickup truck, disposing of items including clothing and plastic zip ties that were later found to have Jennifer Dulos’ DNA on them.

Citing surveillance videos from highways and homes, police alleged Fotis Dulos drove to New Canaan in a Toyota pickup truck the morning of May 24 and parked at a site where Jennifer Dulos' SUV was later found abandoned. They say there is also video of someone riding a bicycle toward Jennifer Dulos' home that morning.

State police have said they believe Fotis Dulos lay in wait for Jennifer Dulos to return home from dropping off the children, attacked her in her garage and drove off with her body in Jennifer Dulos' SUV. 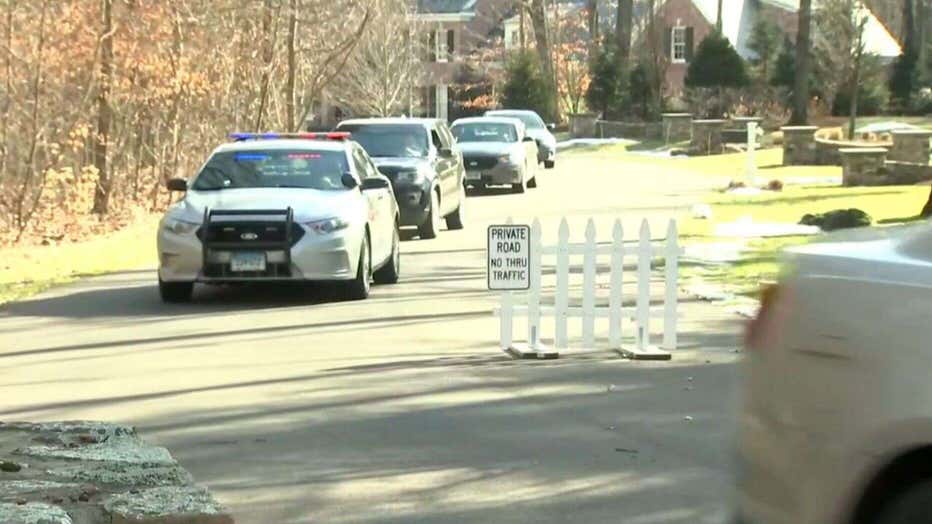 Law enforcement can be seen at the home of Fotis Dulos, the estranged husband of long-missing Connecticut mother of five Jennifer Dulos. (Photo credit: WFSB-TV via NNS)

The Toyota pickup was later seen driving back toward Farmington with what appeared to be a bicycle rim visible in the back, an arrest warrant said.

The examiner said she likely could not have survived such an attack without receiving medical treatment, citing bloodstains at her home, apparent cleanup efforts and blood spatter analysis.

Jennifer Dulos' mother has custody of the children.