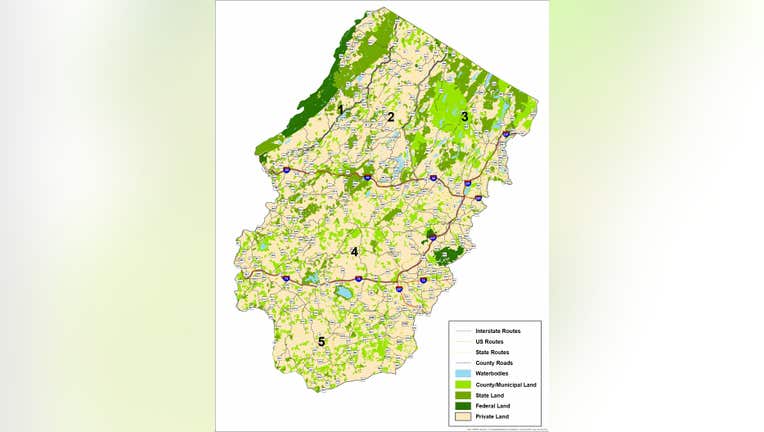 A map of New Jersey's bear hunt zones. (See below for detailed versions.)

Hunters harvested 94 bears on Monday, the hunt's opening day, 58 on Tuesday, and 19 on Wednesday, according to the state's Division of Fish & Wildlife.

The hunt is restricted to five zones, as Gov. Phil Murphy has again prohibited hunting on state lands. The highest number of kills have been reported in two zones in northern and northeastern Jersey, where 122 bears overall have been harvested so far.

During the first three days, hunters could only use bows and arrows. Archers and muzzle-loading rifle hunters were allowed starting Thursday.

The bear hunt for firearms only starts Dec. 9.

Detailed maps of the bear zones are here (New Jersey Division of Fish and Wildlife):