The NYPD wants to find the group behind the shocking shooting of a 73-year-old man in the face with a BB gun in the Bronx. The suspects also shot a train conductor, said police.

NEW YORK - The NYPD wants the public's help finding a group of young thugs behind two random shootings with BB guns in the Bronx.  The victims were an elderly man and a subway train conductor.

Both victims were shot in the face.

Police released a video of the shooting of a 73-year-old man. The suspects walked past a fruit stand and then returned. One of the suspects shot the man while one of the others appeared to be recording the incident on a phone before they ran off.

The shooting occurred on Nov. 8 outside the White Plains Road and 219th Street subway station in the Williamsbridge section.

New surveillance video is highlighting the issue of surging gun violence in the Bronx.

The group had exited the station where one of them had opened fire on subway conductor Trevor Thomas, according to TWU Local 100.

Thomas, who was observing the platform just after 9 p.m., heard a pop and then felt a stinging pain in his nose.

The TWU said the shooter was a teenager wearing black clothing who ran from the station.

Thomas was treated and released from a hospital. The pellet remained in his nose until a specialist could remove it, the union said. 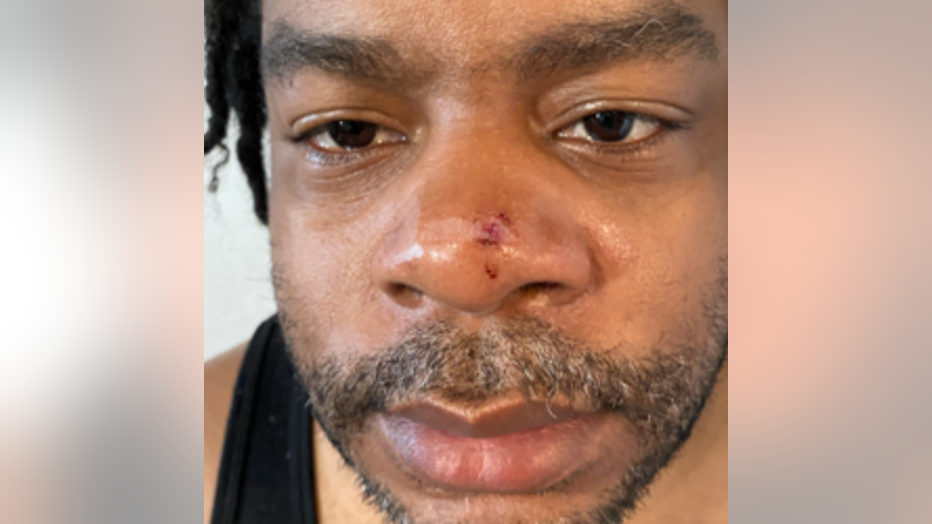 Subway train conductor Trevor Thomas was shot in the face with a BB gun on the No. 2 line. (TWU Local 100)

"This is a heinous attack on a transit worker which underscores the need for greater protections and stronger laws to keep our members safe," said RTO Vice President Eric Loegel. "We’re all very lucky this conductor is doing OK, but it easily could have been worse. The union demands the assailant be brought to justice."

Anyone with information about the shootings should contact the NYPD's Crime Stoppers Hotline at 1-800-577-TIPS (8477). The public can also submit their tips by logging onto the CrimeStoppers website at https://crimestoppers.nypdonline.org/ or on Twitter @NYPDTips.