A pet owner in Oregon got overwhelmed by guinea pigs — hundreds of them. The pet owner turned them over to an animal rescue group. (Source video from the Oregon Humane Society)

PORTLAND, Ore. (AP) - The Oregon Humane Society in Portland has taken in 250 guinea pigs from an overwhelmed pet owner.

It's not known exactly how the unidentified person in Lane County became inundated with the furry little rodents, Oregon Public Broadcasting reported. But experts say it can be difficult to determine a guinea pig's gender — and they're best kept in pairs — because they keep each other company.

Oregon Humane Society spokeswoman Laura Klink said an adoption timeline will be determined in the next several days.

"We certainly would love to see some of these guys go home in pairs, whether it's two males or females," Klink said. "But obviously, we're going to be giving a lot of counseling on how quickly they can reproduce if you've got a male and a female together." 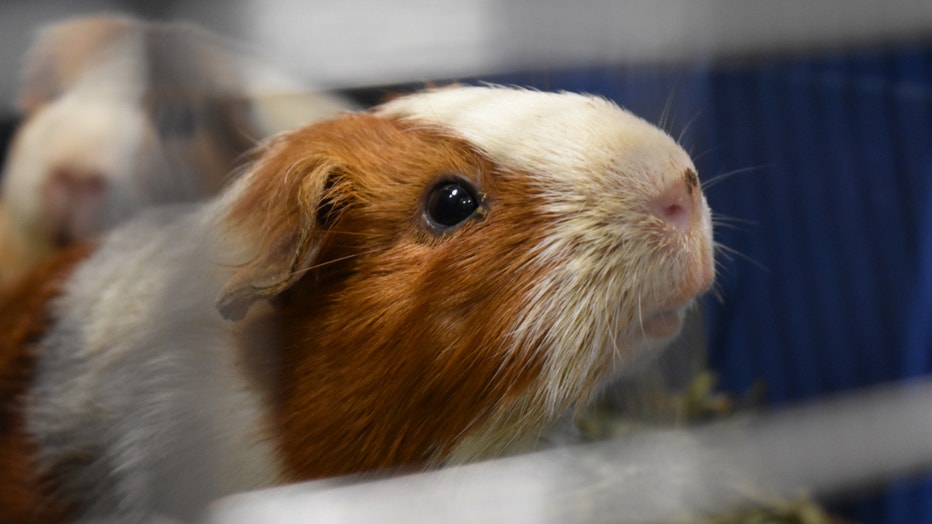 This guinea pig was among more than 250 guinea pigs that an overwhelmed owner turned over to an animal rescue group in Portland, Oregon. (Courtesy of Oregon Humane Society)

The Oregon Humane Society's Cat and Kitten Intake Center has been closed because of the coronavirus pandemic, so it could accommodate all of the guinea pigs. Because there are so many, the society is also working with the Greenhill Humane Society and Lane County Animal Services in Eugene.

There will be a special process for people hoping to adopt the guinea pigs and officials said its small-animal specialists will work with potential adopters to ensure a good fit.