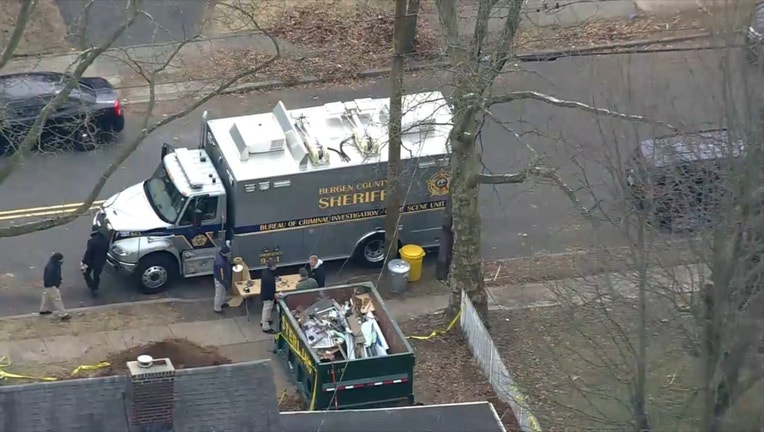 A Bergen County Sheriff's vehicle outside a house in Teaneck where a human skull was reportedly found in the front yard.

NEW JERSEY - Bergen County authorities cordoned off the front yard of a house in Teaneck where part of a human skull was believed to have been found.

Contractors found several bones, including one that appeared to resemble a human skull, during construction work outside the home Wednesday.

On Thursday, an investigation was launched at the Van Arsdale Place home.

The state anthropologist examined the bones and confirmed that they appeared human, the Bergen County Prosecutor's Office said in a statement.

The search continued for more bones as they also try to determine where the bones came from.

Investigators say that no foul play is suspected and the current homeowners are not implicated in any way as to how the bones ended up in their yard.

The bones were believed to be old but an attempt to date them had not taken place.