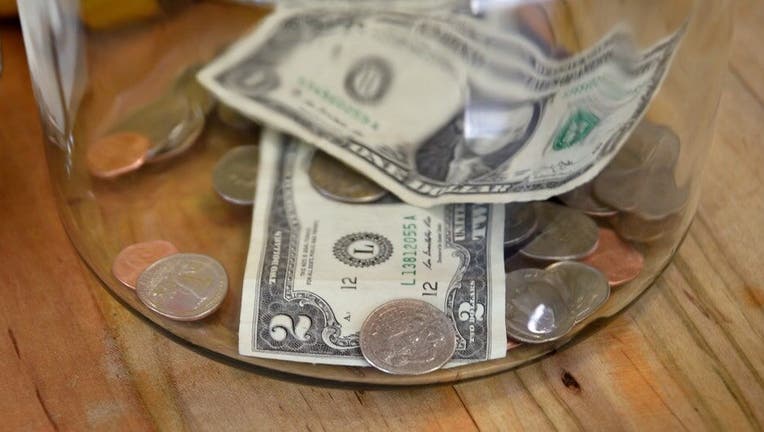 NEW YORK - The New York minimum wage in areas outside the New York City area is set to increase on the last day of the year.

The minimum wage in New York City, Long Island, and Westchester County will remain $15 an hour.

The state agreed to a statewide minimum wage of $15 as part of the 2016-2017 state budget.  It called for the increase to take place in a series of wage increases.

Tipped workers in New York City also fall under the $15 an-hour minimum wage but employers can take up to $5 an hour off the wage as tip compensation.

The law also says that when tips are charged on credit cards, an employer can take out the employee’s prorated share of the service charge taken by the credit card company for the processing of the tip.

So, if a customer leaves a $20 tip on a credit card payment and the credit card fees on that portion of the payment equals $1, the restaurant would only have to give the employee $19.

At the start of 2017, the statewide minimum wage was $9.70.  It was $10 an hour on Long Island & Westchester County.  In New York City, businesses with less than 10 employees were required to pay $10.50 an hour and larger employers were obligated to pay $11 an hour.

Some critics of the current minimum wage say that it needs to be adjusted even higher.

A new bill being introduced would increase the minimum wage to $21.25 by January 2027 for the entire state.

"There are 2 million minimum-wage workers in New York that need a raise," Strong Economy for All's Michael Kink said. "By adjusting the minimum wage for the higher cost of living and rising prices, and then indexing it going forward, we can make sure that those workers get what they need to put food on the table and pay their rent.

A new bill being introduced in the New York Legislature would increase the minimum wage to $21.25 by January 2027 for the entire state.