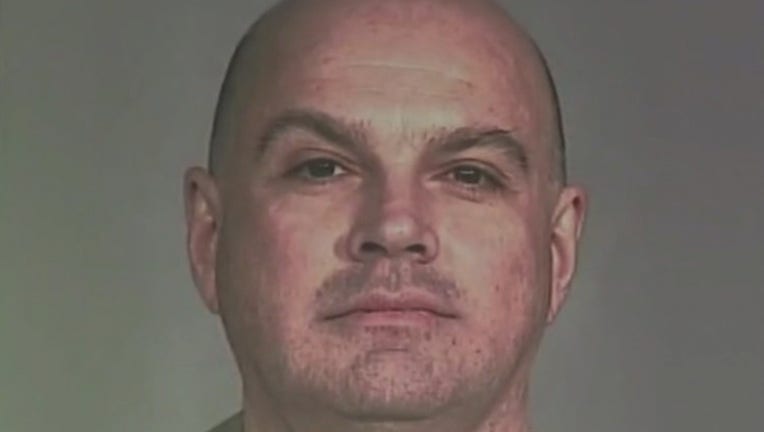 NEW YORK - It was the obvious question after news broke that a 50-year-old charged with forcing college students into prostitution met some of them while living with his daughter in campus housing.

How could a father — an ex-convict, no less — live undetected or unchecked in his daughter’s dorm?

Even the president of Sarah Lawrence College, where Lawrence Ray reportedly stayed, searched for an explanation in a letter to the college community.

“Perhaps because the apartment in question was a small townhouse with its own entrance, students in other housing would not necessarily have been aware of the presence (and have told us they were not) of this student’s father,” President Cristle Collins Judd wrote the day after Ray's arrest last week.

What is certain is that Ray’s extended presence in his daughter’s on-campus apartment was “a clear violation” of college policy, Collins Judd wrote, echoing what campus authorities said would be the case most everywhere.

“Virtually everybody has got policies that prohibit the student from moving somebody into his or her dorm room, whether it’s a relative or not,” said Dan King, president of the American Association of University Administrators.

Students often must swipe an identification card or use a key to enter housing. Many universities require overnight guests to register, while most limit the days they can stay and prohibit them from going anywhere alone, according to data kept by the Association of College and University Housing Officers-International.

Barnard College and St. John's University are among those requiring guests to leave a photo identification at the front desk. Purchase College sets a three-night limit for any one stay.

But King acknowledged enforcing the policies by trying to keep track of everyone staying in every room is a challenge.

Resident advisers are there to keep tabs on their communities, but often it's a roommate or community member who raises a flag on someone staying for too long, said ACUHO-I Chief Executive Mary DeNiro.

Ray was arrested Feb. 11 on extortion and sex trafficking charges after allegedly bilking several college students out of nearly $1 million and forcing some into prostitution or unpaid labor.

Federal prosecutors said Ray, now 60, used “physical, sexual and psychological abuse” to extort money from five different students at the private liberal arts college outside New York City, convincing them they were indebted to him by subjecting them to hourslong interrogations that deprived them of food and sleep.

Ray has pleaded not guilty. Assistant Federal Defender Marne Lenox told U.S. District Judge Lewis J. Liman that her client might make a bail application at a hearing this month.

Collins Judd said much has changed since 2010, when Ray is believed to have stayed with his daughter and her roommates, some of whom became his first victims, according to prosecutors. Ray presented himself as a father figure and began conducting “therapy” sessions with them, according to an indictment filed in U.S. District Court.

“The mantra encouraging our community to ‘say something’ when they ‘see something’ is a much more deeply rooted concept than it was a decade ago,” Collins Judd wrote in her letter.

DeNiro said enrollment is a requirement for student housing at virtually any campus, with many of them also requiring a minimum number of credit hours.

The only exception, she said, might be family-style housing sometimes available to graduate students and their spouses.

DeNiro and King said universities tend to address the question of whether a felon may live in campus housing individually. Ray, who pleaded guilty to securities fraud, moved in with his daughter after his release from prison, according to New York magazine, whose story last year prompted the federal investigation.

King said a college would likely look at the offense and age of the student at the time of conviction before deciding to let the student live on campus.

“But they’re going to be very careful about it, there’s no question about it,” he said.

When Ray's indictment was announced, the college said in a statement it had investigated at the time the April 2019 article was published but did not substantiate the claims.

“As always," the statement said, "the safety and well-being of our students and alumni is a priority at the college.”