FOX 26 Reporter Natalie Hee has the latest after the autopsy report was released in the death of 5-year-old Samuel Olson.

HOUSTON - Authorities have confirmed that the body found in a Jasper motel room is that of 5-year-old Samuel Olson.

According to the Harris County Institute of Forensic Sciences, the cause of death is homicidal violence with blunt head trauma.

The manner is homicide, officials said. 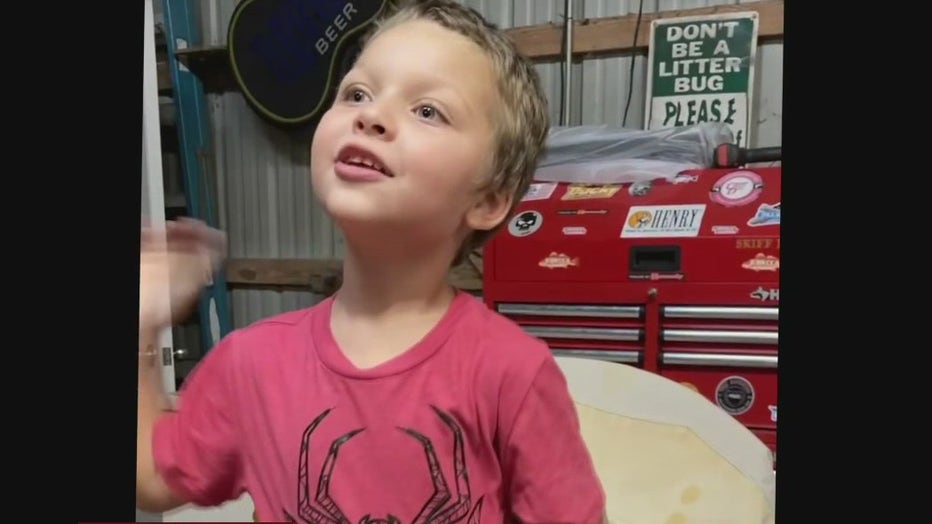 An arrest affidavit obtained last week by FOX 26 stated that Olson died weeks before being discovered in a Jasper motel room following a Crime Stoppers tip.

Theresa Balboa, the girlfriend of Dalton Olson, was arrested last Wednesday in connection with tampering with Samuel's body.

Balboa, who is behind bars at the Harris County Jail, had her bond increased from $500,000 to $600,000 on Monday due to a previous charge for an impeding breathing charge for the alleged assault of Dalton last year.

Balboa stated that a man in a police uniform and Sarah Olson, the boys mother, kidnapped little Samuel from a home on McCovy.

However, that story quickly unraveled.

RELATED: Police calling the investigation into the disappearance of a 5-year-old boy complicated

Sarah Olson believes Dalton is also involved in the incident.

"The child was last seen on April 30 and this concocted story about this fake officer just one week ago doesn’t make sense," said Sarah Olson's attorney, Marco Gonzalez. "Samuel has been in Dalton’s possession since April 30, for him not to say anything or do anything, it was both of them who orchestrated this."

But he adds Sarah isn’t accusing Dalton’s mother, Tonya Olson, of any wrongdoing.

"She feels like this is on Dalton," Gonzalez said.

RELATED: Through her attorney, mother of missing 5-year-old implicates father

FOX 26 Reporter Randy Wallace has more after the mother of Samuel Olson released a statement through her attorney on Wednesday evening.

Dalton spoke with FOX 26 back on May 31 saying, "I feel like I’m living in a nightmare that I can’t wake up from. No parent should have to feel this. I can’t eat. I can’t sleep."

FOX 26 Reporter Randy Wallace has the latest on the search for the missing boy.

However, Dalton has not been arrested or charged in connection with Samuel's death.

This is a breaking news story. We'll keep you up-to-date with the latest.