WASHINGTON - The Democratic-led House, with the backing of President Joe Biden, passed legislation Thursday to repeal the 2002 authorization for use of military force in Iraq, a step supporters said was necessary for Congress to reassert its constitutional duty to weigh in on matters of war while detractors worried that it would embolden militia or terror groups operating in the region.

The repeal legislation was passed overwhelmingly by a vote of 268-161. Forty-nine Republicans voted for the bill. Only one Democrat, Rep. Elaine Luria of Virginia, voted against it.

Supporters said repeal would not affect U.S. military operations around the world, but could prevent current and future presidents from relying on it to conduct unrelated military actions. The White House says there are no ongoing military activities reliant solely upon the 2002 authorization. 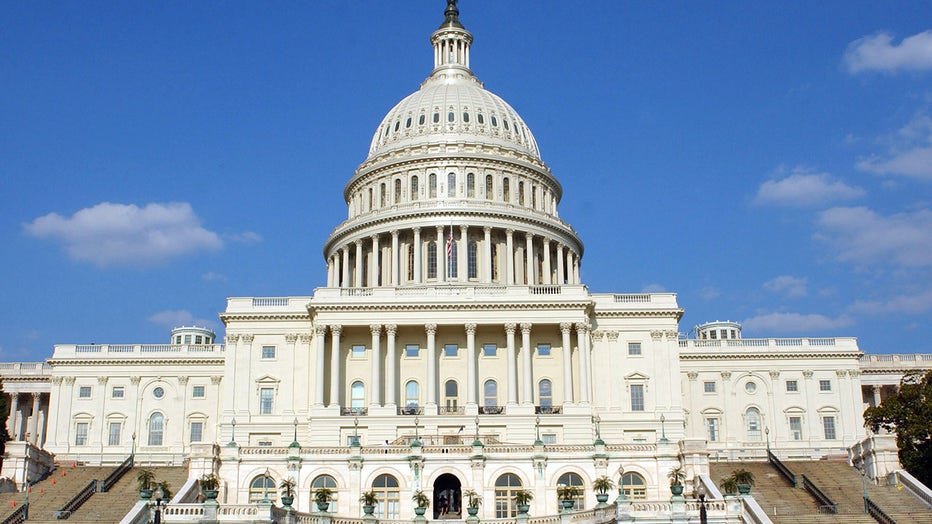 The 2002 authorization was directed against the Saddam Hussein regime, authorizing the "necessary and appropriate" use of force to "defend U.S. national security against the continuing threat posed by Iraq" and to "enforce all relevant Security Council resolutions regarding Iraq."

"Repeal is crucial because the executive branch has a history of stretching the 2002 AUMF's legal authority," said Rep. Gregory Meeks, the Democratic chairman of the House Foreign Affairs Committee. "It has already been used as justification for military actions against entities that had nothing to do with Saddam Hussein's Ba’athist dictatorship simply because such entities were operating in Iraq."

Rep. Michael McCaul, R-Texas, said he agreed the 2002 authorization was outdated, but he argued that Congress should not repeal it without also approving a replacement.

"We should not encourage any president to go it alone without Article I congressional authorization," McCaul said.

Action on the repeal measure follows years of debate over whether Congress has ceded too much of its war-making authority to the White House. Many lawmakers, particularly Democrats, say passage of the 2002 authorization, or AUMF, was a mistake, and some Republicans agree the authority should be taken off the books. Some lawmakers say the 2001 resolution to fight terrorism, passed after the Sept. 11 attacks, should be reexamined as well.

Democratic Rep. Barbara Lee of California, the bill’s sponsor, said that 87% of the current members of the House were not in Congress in 2002 and that the authorization for military force passed at that time bears no correlation to the threats the nation faces today. She also was the lone vote against the 2001 AUMF following the attacks on Sept. 11.

"To this day, our endless war continues costing trillions of dollars and thousands of lives in a war that goes way beyond any scope that Congress conceived or intended," Lee said.

The vote came one day after Senate Majority Leader Chuck Schumer said he intends to bring repeal legislation to the Senate floor this year.

"The Iraq War has been over for nearly a decade," Schumer said. "The authorization passed in 2002 is no longer necessary in 2021."

The White House said Biden is committed to working with Congress to update the authorization with a "narrow and specific framework appropriate to ensure that we can continue to protect Americans from terrorist threats."

Schumer said he wanted to be clear that legislation terminating the use of force in Iraq does not mean the U.S. is abandoning the country and the shared fight against the Islamic State group. He said the measure would eliminate the possibility of a future administration "reaching back into the legal dustbin to use it as a justification for military adventurism."

He cited the Washington-directed drone strike that killed Iranian Gen. Qassim Soleimani in January 2020 as an example.

The Trump administration said Soleimani was plotting a series of attacks that endangered many American troops and officials across the Middle East. The national security adviser at the time, Robert O’Brien, told reporters that President Donald Trump exercised America’s right to self-defense and that the strike was a fully authorized action under the 2002 authorization to use military force.

"There is no good reason to allow this legal authority to persist in case another reckless commander in chief tries the same trick in the future," Schumer said.

In the Senate, key lawmakers are working on a bill that would repeal not only the 2002 authorization, but also the 1991 authorization for use of force in Iraq, which remains on the books. The 1991 authorization gave President George H.W. Bush the authority to use force against Iraq to enforce a series of U.N. Security Council resolutions passed in response to Iraq’s invasion of Kuwait.

The Senate and House would have to work out any differences in their bills and vote on a final product before it can go to Biden's desk to be signed into law.

In the end, legislation terminating the 2002 authorization will need 60 votes in an evenly divided Senate to overcome procedural hurdles. Sen. James Inhofe, R-Okla., the ranking Republican on the Senate Armed Services Committee, said he opposes the effort to terminate the authorization.

"We used it to get Soleimani and there might be another Soleimani out there," Inhofe said.

McCaul said that the timing of the House's repeal effort began after that strike.

"This short-sighted apparently political effort to repeal the authority without a replacement sends the wrong message and will embolden the Islamic terror groups and the world's largest state-sponsor of terror, Iran," Calvert said.