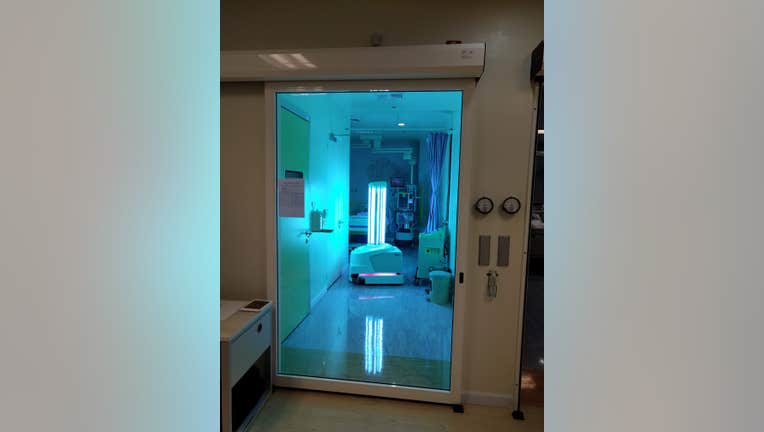 The robots were designed by Danish company UVD Robots.

The first robots shipped late last month to be deployed in the fight against the coronavirus. The company says the robot uses ultraviolet light to disinfect and kill viruses and bacteria autonomously, effectively limiting the spread of coronaviruses without exposing hospital staff to the risk of infection.

The robots are expected to be eventually deployed in more than 2,000 hospitals.

UVD Robots are already being delivered to hospitals in other parts of Asia, Europe, and the United States. 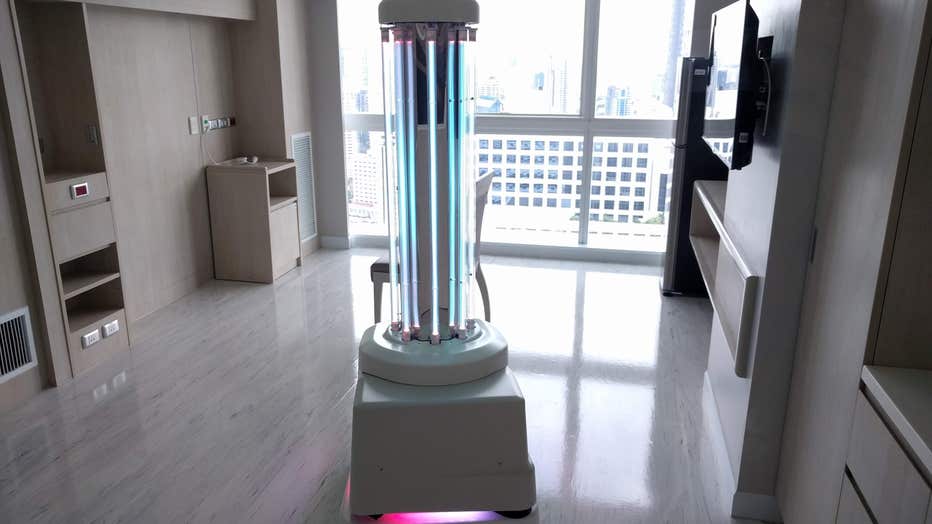 The concentrated UV-C light emitted by the robots as they drive has a germicidal effect that removes virtually all airborne viruses and bacteria on the surfaces of a room, according to the company.

"In a severe crisis like this where the world health is threatened, our innovative technology really proves its worth," CEO of UVD Robots, Per Juul Nielsen says.

The development of the UVD robot started in 2014, when a group of Danish hospitals demanded a far more effective way of reducing infection rates in hospitals.   It was first introduced in 2018.