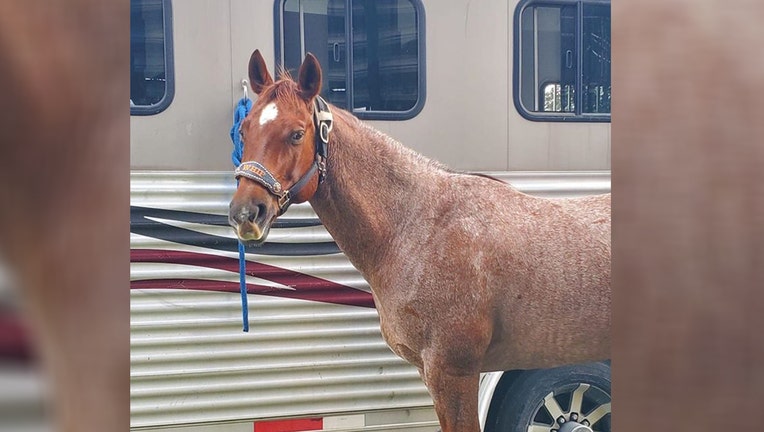 GOLDEN GATE ESTATES, Fla. - A Florida family is mourning the loss of their beloved horse named Whip after finding him slaughtered in a field near their home.

Collier County deputies believe someone stole Whip and killed him for his meat. Whip was found dead in an empty lot next to the family's home around Rock Road and Immokalee Road on Friday morning.

"Someone entered the pasture sometime between midnight and 5 a.m. and led the horse to a neighboring pasture where they butchered the animal," the Sheriff's Office said. "Deputies said it appears the suspect or suspects were after the horse’s meat based upon the remains left at the scene."

According to the Naples Daily News, whoever stole Whip tied him to a tree before killing him.

The family has three other horses, which were not harmed.

Whip was with the Doria family for 9 years. He was a performance horse who raced barrels with Jamie nearly every weekend.

The Collier County Sheriff's Office is now warning horse owners to be cautious after several horses had been found slaughtered over the last couple of months: