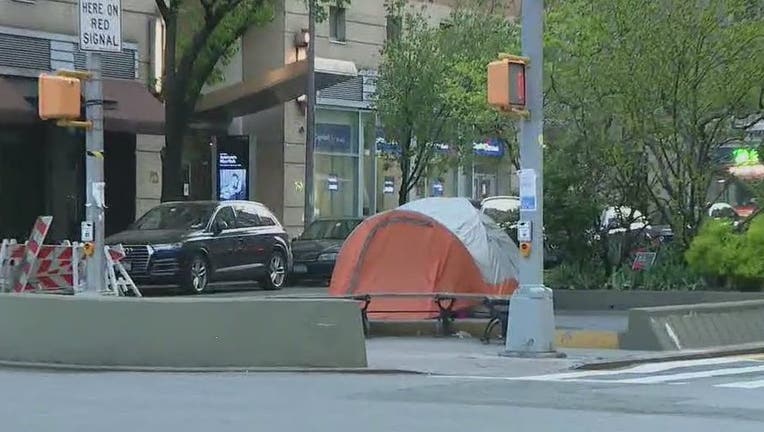 NEW YORK - A homeless woman who was living in a tent in Manhattan had been arrested in connection with a teen's death last March.

Amber Wilson, 35, who is from Maryland, was charged with tampering with physical evidence.  She reportedly admitted to concealing the body of Rosalee Sanchez, 19, who was found wrapped in plastic in the abandoned Fulton Fish Market on March 6, sources told the NY Post.

Wilson was arrested along with Austin Boehm, 25, and Christian Mercado, 20, who were also charged in the teen's murder. Sanchez was beaten with a shovel and metal pipe, stabbed numerous times and strangled.

Wilson admitted to concealing the body, according to her criminal complaint.  "I was there and Austin and The Beast told me to wrap up her body with the tape and the plastic and then I put a metal sheet over her body," reported the Post.

Wilson, who was released without bail, her partner Devonte, 28, and another man were living in a tent at the intersection of West 86th Street and Broadway.

Wilson told the paper Tuesday they had been there for a month and that "people love us." But people the Post spoke with were shocked and dismayed at the sight of a tent in the middle of the Upper West Side.

Wilson was due back in court on May 10.