Homeless advocates say the housing struggle has a direct impact on a student's education. The group Advocates for Children of New York said that more than 100,000 New York City schoolchildren were homeless at some point during the 2020-2021 school year.

NEW YORK - More than 100,000 New York City schoolchildren were homeless at some point during the 2020-2021 school year, a 42% increase since 2010, according to a report released Monday by the group Advocates for Children of New York.

She added that 94% of families living in shelters are people of color.

"One in seven students in the Bronx was identified as homeless," Pringle said.

Homeless advocates say the housing struggle has a direct impact on a student's education.

"We know that children who don't get a high school diploma are four and a half times more likely to experience homelessness as an adult," Pringle said. "So, if we want to break the cycle of homelessness, education has to be front and center."

Mayor Bill de Blasio said that during his administration homeless levels in shelters have decreased.

"Just in the last year, we've seen a reduction in shelter population for kids — about 9%. That's good news," de Blasio said. "But we've got a lot more to do." 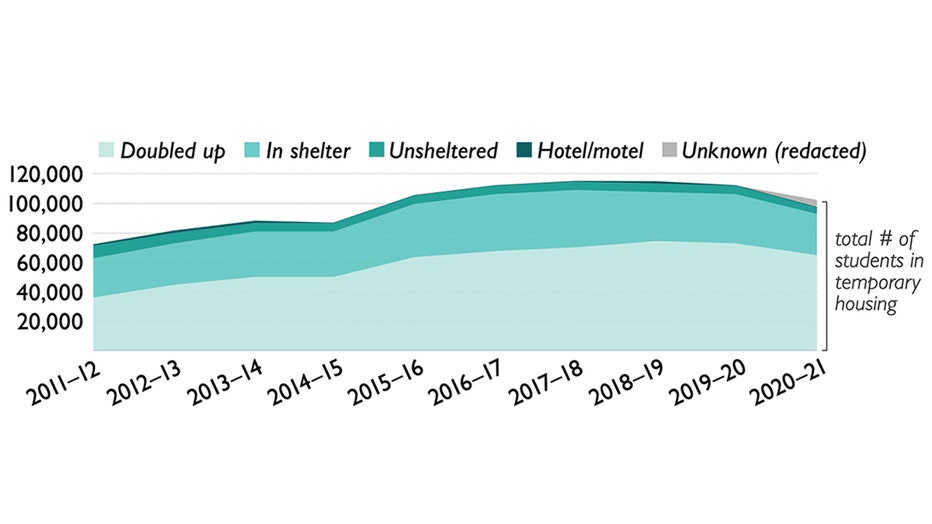 Advocates for Children and a coalition of other social service groups are calling on Mayor-elect Eric Adams to address the problem of student homelessness through measures such as hiring shelter-based staff members to help families navigate the city's complicated education bureaucracy.

"These are people who would be in a position to reach out to parents and find out what are the barriers to attendance," Pringle said. "What can we do to support you to make sure that your children can get to school."

Adams, a Democrat who will take over as mayor on Jan. 1 after winning the Nov. 2 election, has spoken of bringing clothes to school in a bag during his own childhood because he feared his family could become homeless.

"No child should be homeless, but while Mayor-elect Adams' administration makes plans to tackle New York City's housing and homelessness crisis, they must meet the immediate, daily educational needs of students who are homeless," Advocates for Children executive director Kim Sweet said in a statement.