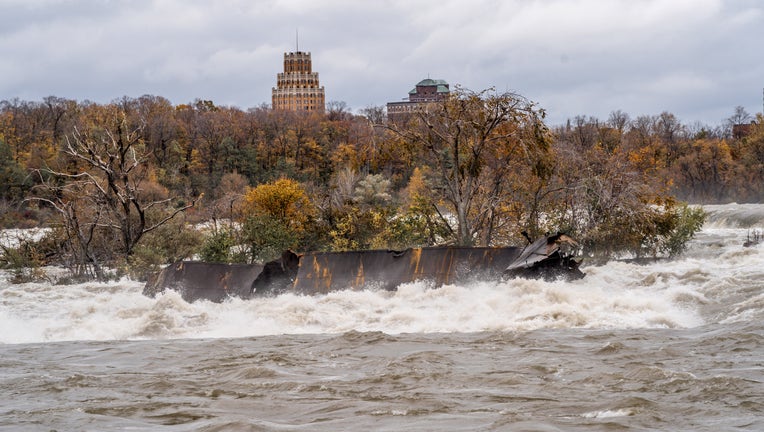 In this Nov. 1, 2019 photo provided by Niagara Parks, a century-old barge has shifted slightly in the St. Lawrence River above the Niagara Falls in Ontario, Canada. Parks officials are monitoring the iron scow, which grounded in 1918, that briefly br

WGRZ says the rusty iron scow had been stuck since 1918 on rocks in the upper rapids above the Horseshoe Falls on the Canadian side.

High winds and rain last Thursday dislodged it before it got stuck again.

The Washington Post says it was originally about a third of a mile (0.5 km) from the brink of Horseshoe Falls. Then it moved about 164 feet (150 meters) downstream and became lodged again.

A Niagara Parks official said it could be stuck in its new location for days or years.