How nature heals the body, according to science

LOS ANGELES - Across the United States, nature is being recognized as an effective and promising tool for health care.

A 2019 study found that spending at least two hours a week in nature has a variety of positive health benefits. Researchers found that Americans only spend 7% of their entire life outdoors.

Now, more than half of U.S. states actually prescribe time in nature and green spaces as a way of treating conditions like high blood pressure, anxiety and depression.

While there is growing evidence that exposure to natural environments is beneficial to health, there are still many questions to be answered. What is nature? While this may seem simple at first glance, there are many differences between a national park, an urban pocket park and a picture of waves crashing on the beach. What is the dose of nature needed?

How much nature will a doctor prescribe?

Razani and her team take patients out into parks where they allow them to spend time connecting with each other and the natural wonders that surround them.

She has seen handfuls of people struggling with a variety of symptoms receive miraculous benefits as a result of being outside and disconnecting from a technology-driven world.

The Oxford dictionary defines biodiversity as "the variety of life in the world or in a particular habitat or ecosystem." While not everyone needs to step inside an awe-inspiring redwood forest, there seems to be some credence to the benefits a diverse environment offers.

So how much time should you spend in nature?

Razani said people should spend a minimum of one hour per day outside connecting with the natural world.

While walking is well established as a health-promoting behavior, studies are now examining if walking in natural environments is more beneficial than indoors or in urban environments. Results have shown positive effects for mental health, improved attention, mood, blood pressure and heart rate. Several programs across the country have been formed to expose military veterans to natural spaces to combat symptoms of PTSD. In children, playgrounds with greenspace increased vigorous physical activity and decreased sedentary time and even has led to fewer fights.

Razani adds that while exposure to green space in urban settings has benefits, someone living in a concrete jungle could experience the same satisfaction from the miracle of nature, even in small doses.

"For children, that majesty doesn't have to be big, so playing with a ladybug between the cracks of concrete, it's not like the most biodiverse setting, but it is still a pretty special experience that should be allowed to happen," Razani said.

How to connect with nature

Connecting with nature doesn’t have to mean hugging a tree, or feeling the cold wind of a mountain top rush through your hair. For most people, the simple act of contact with anything that isn’t man-made can have immense healing effects. Interaction on social media doesn’t count, according to Razani.

"When I talk to patients, I really talk about trying to connect with the life cycle and life forms other than technology if you can, so even connecting with each other like having eye contact and like snuggling your child is connecting with nature or looking up at the moon and watching the cycles of the moon or keeping a moon journal if you're lucky enough to have access to the stars, that's a way to connect with nature," Razani said.

Northern California, where Razani does most of her work, is known for having some of the biggest and most well-known natural parks. It’s the intangible majesty of these natural wonders that seem to have the greatest impact on humans, according to experts. But when it comes to majesty, size doesn’t necessarily matter. 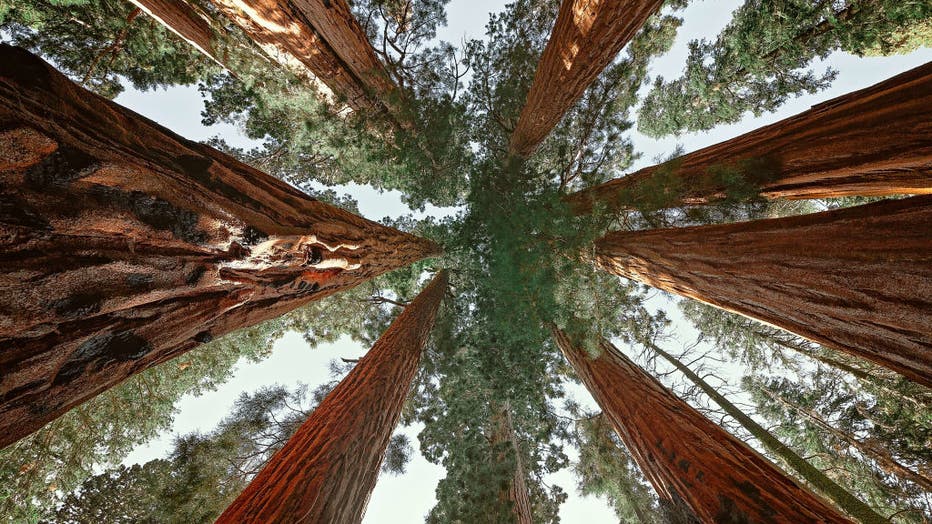 "Those things are majestic in their own ways and that idea of something being majestic is important because we've seen that when people experience that feeling of awe or like really being in the face of something much bigger than them. It really does help mental health, it helps decrease the internal worry and self-focus and really bring one's attention outward, which ends up making people feel happier," Razani said.

Razani, who was trained as an infectious disease doctor said she decided to switch gears in her medical career when she began to notice how restricted modern children were from enjoying the pleasures of the outside world.

"Really it was when I had my own kids and I noticed how unbelievably crucial to their own well-being. It was to have to be able to play outside that I decided to switch gears and I think now with COVID, we've really seen that things like infectious disease and mental health are tied together," Razani said.

What actually happens when you go out in nature?

While there is actual evidence to support the healing power of nature, experts say there are a handful of nuanced effects that actually happen when one enters a natural space.

Razani said the most practical effects of nature are better physical health that improved mental health. She said being in nature calms down a person’s flight or fight responses putting, our brains in a state of relaxation when we separate ourselves from the worries of modern life.

On a deeper level, nature seems to provide an indescribable connection between people who experience it.

According to the researchers at the University of Minnesota, nature not only helps people feel better emotionally, it reduces blood pressure, heart rate, muscle tension and the production of stress hormones.

"Because we are genetically programmed to find trees, plants, water, and other nature elements engrossing, we are absorbed by nature scenes and distracted from our pain and discomfort," according to the Earl E. Bakken Center for Spirituality & Healing at the University of Minnesota.

The university cites a study published in the book "Healing Gardens" in which hospital patients who had a view of trees and greenery tolerated physical pain better and spent less time in the hospital.

As the ongoing COVID-19 pandemic continues to exasperate mental health issues in the country, experts said the need for more nature exposure is urgent and the U.S. isn’t the only nation pushing people to get outside.

There are signs that a nature movement is beginning to take hold. The 30 Days Wild program run by the Wildlife Trusts in the U.K. encouraged people to engage with nature every day for a month. In its first year, more than 18,000 people signed up. Doctors in Scotland are also now able to give Nature Prescriptions to their patients.

The educational leaflet they provide describes numerous monthly activities including touching the ocean, taking a dog for a walk and following a bumblebee. In the U.S., the Park Rx America program has been working to connect publicly available outdoor spaces to physicians to have them prescribe nature.

Meanwhile, several medical groups have warned that pandemic isolation from school closures and lack of social gatherings has taken a toll on young people’s mental health.

More than 4 in 10 U.S. high school students said they felt persistently sad or hopeless during the pandemic, according to government findings released last month.

"This really gives us the evidence to say with certainty that the pandemic was incredibly disruptive for young people and their families," said Kathleen Ethier of the Centers for Disease Control and Prevention.

The reports are based on anonymous online surveys of about 7,700 public and private high school students from 128 schools during the first six months of 2021. It is based on a similar survey the CDC conducts every other year in schools.

That being said, you don't need a doctor's note to go out and enjoy the benefits of nature.

There are several apps that provide lists of the best parks in your area including AllTrails.

Consumer Reports says that even if you’re stuck in an office all day, there’s evidence that just looking out a window or viewing scenes of woods and meadows on your computer could be beneficial. And don’t worry if 20 minutes a day isn’t possible. Committing to just 5 minutes is a good start.