Powerball numbers revealed from delayed Monday drawing with $2B+ jackpot

Powerball numbers revealed from delayed Monday drawing with $2B+ jackpot

TALLAHASSEE, Fla. - The winning numbers for the record-breaking $2.04 billion Powerball jackpot were finally shared on Tuesday after a delay due to processing issues with a participating lottery.

Lottery officials in California said one winning ticket was sold at Joe’s Service Center in Altadena, located in Los Angeles County in the foothills of the San Gabriel Mountains.

The jackpot was the largest ever for Powerball and the largest in U.S. lottery history. Only four previous jackpots have ever topped $1 billion, but none of those are close to this prize, which started at $20 million back on Aug. 6 and over three winless months had grown ever more massive.

Why was the Powerball delayed?

The winning numbers and recorded video of the drawing were shared at 8:57 a.m. EST Tuesday, several hours after the originally-scheduled 10:59 p.m. EST Monday drawing.

The drawing was delayed because a participating lottery – later revealed to be in Minnesota – had issues processing sales.

"After unprecedented lottery interest, Minnesota’s sales verification system caused a processing delay on Monday, Nov. 7," the Minnesota Lottery said in a release." The delay was necessary to confirm the Powerball drawing could be conducted securely and accurately. At no time was the integrity of the process compromised."

How to play the Powerball Jackpot 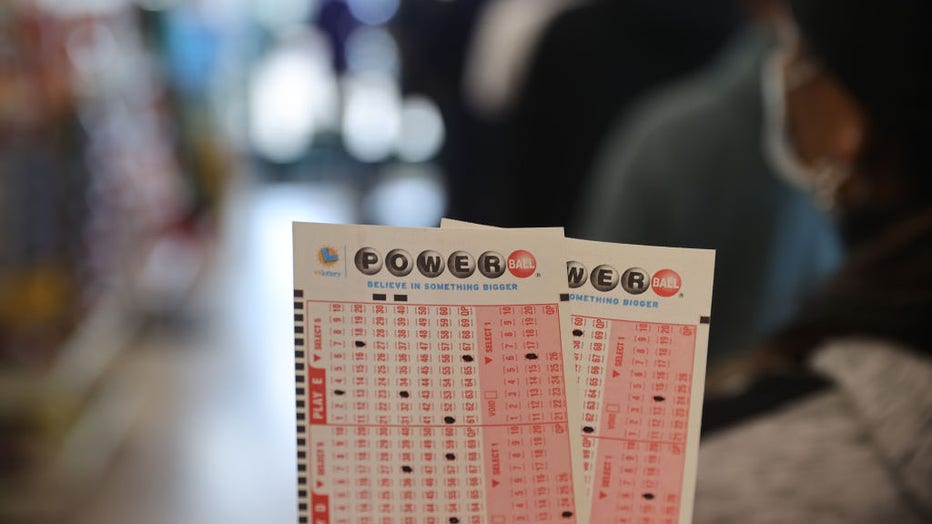 The Powerball jackpot grows until a winning ticket is sold. Winners can choose to receive their prize as an annuity, paid in 30 payments over 29 years, or take the lump sum payment. Federal and jurisdictional taxes are applicable to either payout.

Powerball drawings are held on Monday, Wednesday, and Saturday in 45 states, Washington D.C., the U.S. Virgin Islands, and Puerto Rico. The drawings are broadcast live from the Florida Lottery draw studio in Tallahassee, and also live-streamed on Powerball.com.

The grand prize was previously won on Aug. 3 in Pennsylvania, resulting in a $206.9 million jackpot.

Odds of winning the Powerball Jackpot

The overall odds of winning the Powerball jackpot are just 1 in 292.2 million. To put that into perspective, those odds are a little worse than flipping a coin and getting heads 28 straight times, University of Nebraska-Omaha mathematics professor Andrew Swift previously told the Associated Press.

For those feeling lucky and wanting to spend $2 for a ticket, the overall odds of winning any prize is a little better at 1 in 24.9.