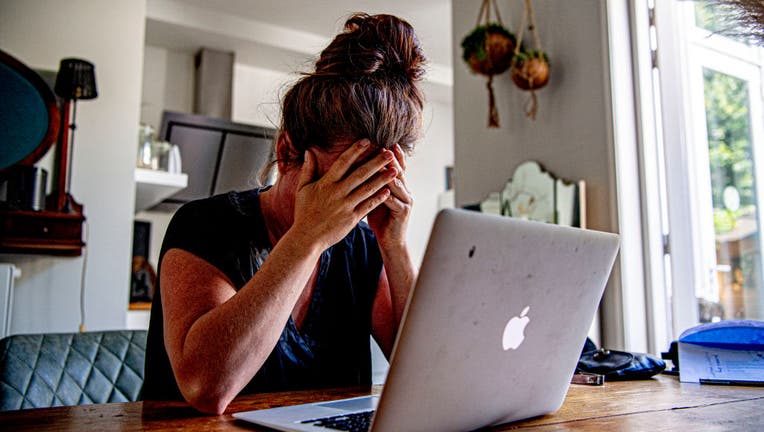 In this photo illustration a woman appears to be stressed as she searches for a job online during the coronavirus economic recession. (Photo Illustration by Robin Utrecht/SOPA Images/LightRocket via Getty Images)

NEW YORK - Does life in the Big Apple have you stressed out? Well, according to a recent survey, there are quite a few cities where people have it worse.

Of the 15 largest metropolitan areas in the U.S., Seattle is apparently the most stressed out.

The city has the highest percentage of adult residents who reported feeling "nervous, anxious or on edge" for at least several days in the last two weeks, The Seattle Times reported, citing data from the Census Bureau.

According to the newspaper, the data comes from a survey conducted by the bureau’s Household Pulse Survey from Sept. 29 to Oct. 11.

The survey -- which is conducted approximately every two weeks -- includes data for each of the 50 states and Washington, D.C., as well as the 15 largest metropolitan areas.

To see how the rest of the top metro areas ranked, here’s The Seattle Times’ analysis:

Percentage of the population who reported feeling "nervous, anxious or on edge" (stressed out): 54.5%

Percentage of the population who reported feeling "nervous, anxious or on edge" for at least several days in the last two weeks: 46.1%