Spurred by ultra-low mortgage rates, home buyers rushed last month to snap up a limited supply of existing houses, causing the pace of purchases to jump by a record-high 24.7%.

SILVER SPRING, Md. (AP) - Spurred by ultra-low mortgage rates, home buyers rushed last month to snap up a limited supply of existing houses, causing the pace of purchases to jump by a record-high 24.7%.

The July surge in sales reported Friday by the National Association of Realtors marked the second straight month of accelerating home purchases. The back-to-back increases have helped stabilize the home buying market, which all but froze early this spring when the viral pandemic erupted across the United States.

With July's increase, to a seasonally adjusted annual rate of 5.86 million, purchases of existing homes are up 8.7% from a year ago. Near record-low mortgage rates have made homes more affordable for buyers, and many are acting to capitalize on them. The average rate on a 30-year fixed rate mortgage is now 2.99%, the mortgage buyer Freddie Mac said Thursday. A year ago, it was 3.55%.

The figures also point to a persistently unequal recovery: Many higher-paid white-collar workers, who have disproportionately kept their jobs and can work remotely, are able to buy homes, in some cases far from their employers' headquarters.

By contrast, renters are more likely to work in lower-paying service jobs at restaurants, hotels, gyms, and hair salons, where layoffs have been rampant and their ability to pay rent is declining. The expiration of a federal moratorium on evictions has also raised their risk of losing their home.

In a few of the country's most expensive housing markets — notably New York and San Francisco — real estate professionals say they're seeing more people leaving high-priced city apartments to buy homes in outer suburbs. The loss of urban amenities and concern that the risk of infection is higher in denser areas may be contributing to that trend.

But nationally, an analysis by Zillow has found, urban and suburban areas are showing similar strength. Many suburbs are becoming hot home sellers’ markets, Zillow said, but so have many urban areas.

“There is some localized evidence of a softer urban market, particularly in the highest-priced markets, San Francisco and Manhattan, and an eye-catching divergence in sale prices, but no evidence of a widespread flight to suburban pastures," said Jeff Tucker, an economist at Zillow. 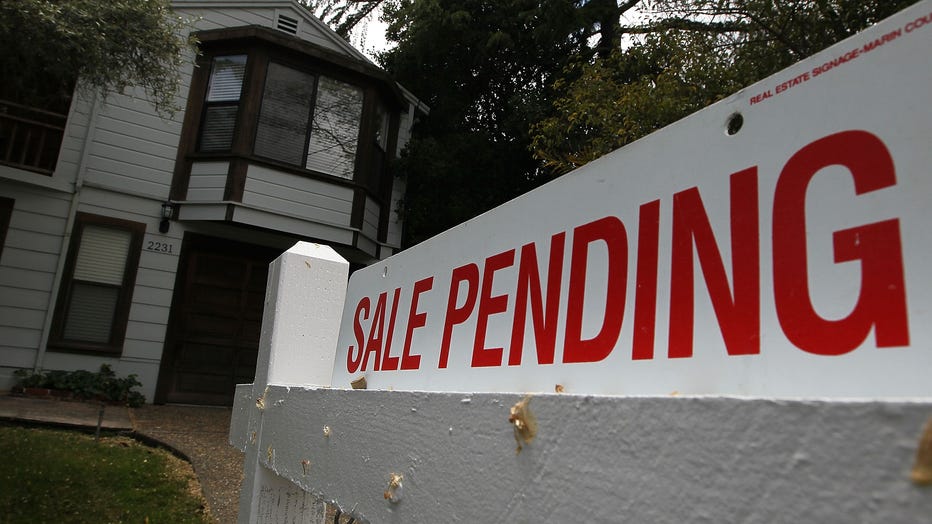 FILE - A "sale pending" sign is displayed in front of a home for sale May 24, 2010 in San Rafael, California. (Photo by Justin Sullivan/Getty Images)

“The primary issue in much of the country,” Tucker said, “is the inventory drought, both urban and suburban, that’s failing to meet the surprisingly robust demand from buyers eager to lock in record-low mortgage rates.”

In a pocket of southern Vermont, sales to out-of-state buyers, including from New York City, have surged, said Janet Boyd, an agent in Wilmington.

In the past six weeks, Boyd said, she’s sold more than twice the number of homes that she did in the same period last year. About 80% of the buyers are from out of state.

Some of the newcomers to Vermont, including renters and second-home owners, came to ride out the pandemic and decided to stay, she said.

But in other metro areas, too, some people are casting eyes toward the suburbs.

Peter Lau and his wife recently got a quick offer on their home in the District of Columbia, allowing them to move to suburban Rockville, Maryland. Lau, who has two young children, said the pandemic, along with low mortgage rates, accelerated their suburban move.

“We definitely were talking about getting more space, and COVID pushed us over the edge,” said Lau, 40.

He and his wife wanted a layout more compatible with their new reality: Working remotely, they need room for a home office and for their children to do remote learning.

“We felt that if these changes to how we work are even semi-permanent, our previous house just didn’t work anymore,” Lau said.

In the midst of the pandemic-induced recession, housing has emerged as one of the few resilient sectors of the economy. An unusually sparse supply of homes is both helping fuel demand and keeping sales lower than they might otherwise be. The supply in July was down 2.6% from June and 21% from a year ago. At the current sales pace, there is a 3.1-months supply of houses — down from 3.9 months in June and 4.2 months a year ago.

The result is that homes put up for sale are vanishing quickly. Homes were on the market for an average of 22 days in July, down by two days from June. And they are disappearing seven days faster than in the same month last year. The NAR said more than two-thirds of homes sold in July had been on the market for less than a month.

Economists say the aggressive buying reflects, in part, pent-up demand from the spring, when the usual surge in sales was blocked by the coronavirus outbreak.

“A lot of people are making up ground for the lost spring home-buying season,” said Odeta Kushi, an economist at First American, a title insurance company.

And even as home sales have grown, so have mortgage delinquencies. The proportion of homeowners who are 30 days or more behind on their payments jumped to 8.2% in the April-June quarter, up from 4.4% in the first three months of the year, according to the Mortgage Bankers' Association. That was the largest quarterly increase in record, the MBA said.

“With only 3.1 months of existing supply on the market, even with the recent pickup in the pace of home building, the lack of inventory is going to continue to be a hurdle by limiting some prospective buyers’ choices and weakening their purchasing power,” said Mike Fratantoni, chief economist at the Mortgage Bankers Association.