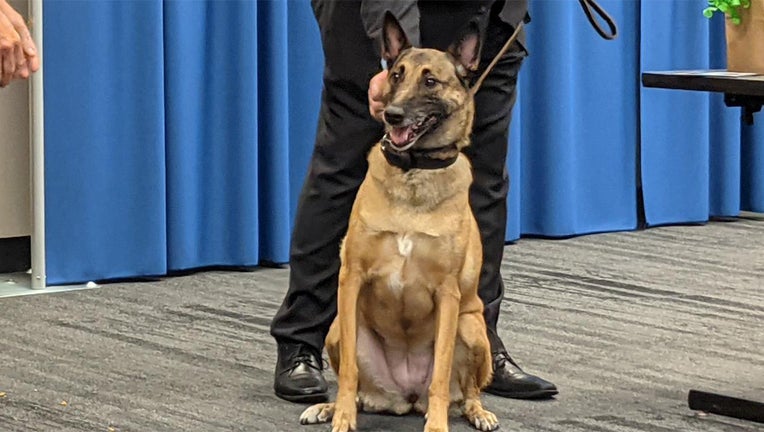 NEW JERSEY - The FBI office in Newark held a retirement ceremony Thursday for K-9 Roxy who joined the force in 2013 and was the office’s only explosives detection canine.

The Belgian Malinois was credited with helping the Federal Bureau of Investigation in a long list of operations including securing a Macy's fireworks event alongside her father, K-9 Rik, an active shooter situation at Garden State Plaza and MetLife Stadium for Super Bowl 84.

She also supported the protective details of three Attorneys General and two FBI Directors over the years.

"K9 Roxy has been an indispensable member of the FBI team," said special agent in Charge George N. Crouch, Jr. "Her hard work and dedication have helped protect her fellow agents and the community-at-large and have assisted in the apprehension of criminals. We are in her debt and wish her a healthy retirement with our gratitude."

The retirement ceremony was originally scheduled for Dec. 26, 2020 but was delayed due to COVID restrictions. The nine-year-old dog's handler, Special Agent Scott Nawrocki, also retired.

"We knew Roxy would be a great working dog as she pushed her way in front of her brothers and sisters when it came time to eat," said Nawrocki. "She wasn’t afraid of anything and, at just four weeks old, She was already bounding up and down the stairs."

Along with her father who also worked for the U.S. Secret Service, Roxy's brother Hoover and Ace serve the FBI.